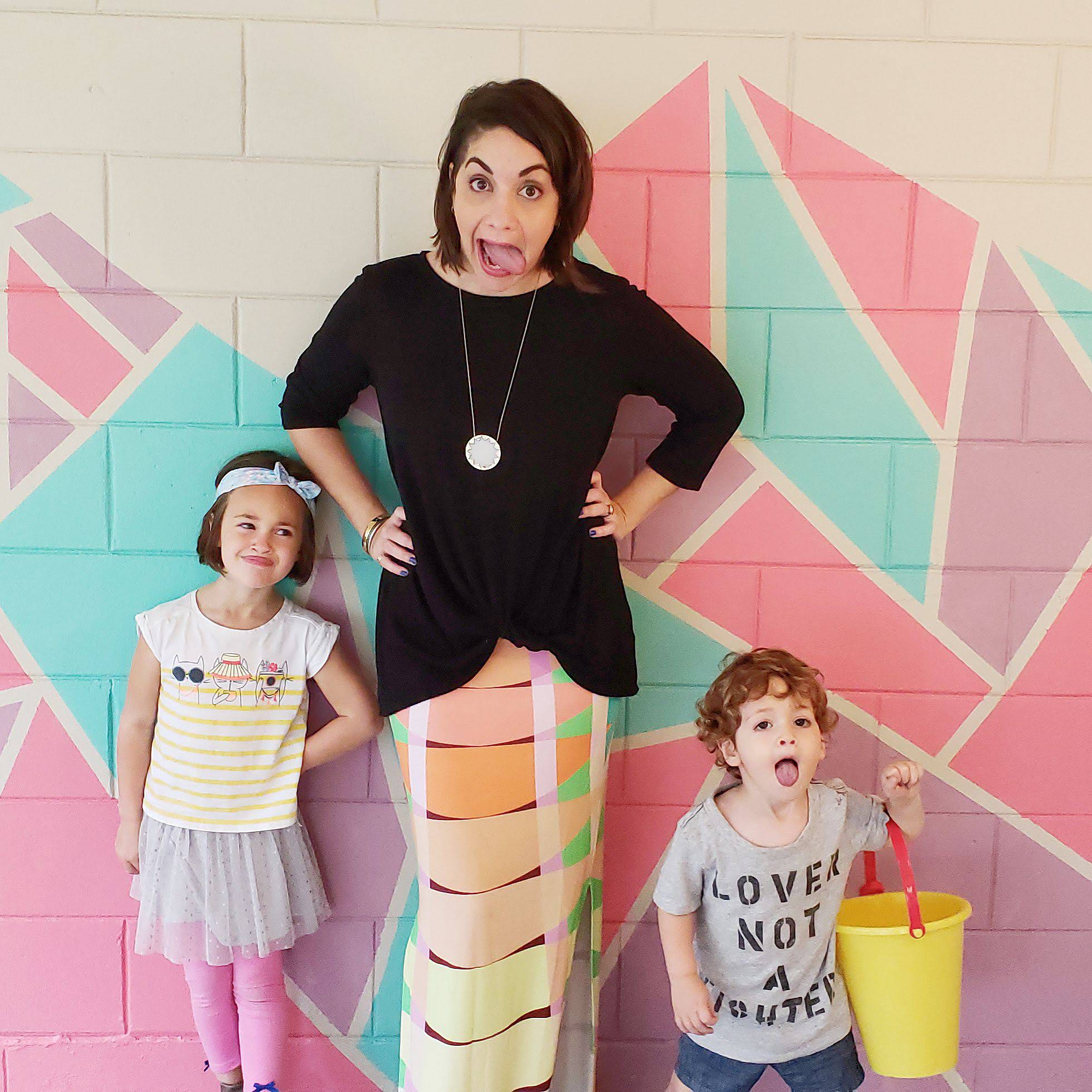 Once upon a time, I was one of the youngest employees at any given place I worked. A sweet little baby ready to change the world! Ugh, my goodness, someone go back and talk some sense into her. But I digress…

My point is, I’ve worked with a lot of mamas throughout the years. My career in nonprofit management means that I’ve worked with a lot of women because the nonprofit deck is stacked to be mostly female. And while it goes without saying these working mamas were absolute badasses, there was a lot I didn’t realize until I became a working mom myself.

I saw working moms come in flustered at 8 a.m. and didn’t realize the battles they’d already fought that day to get kids fed, dressed, and off to school on time.

I watched working moms hang up silly artwork their kids made without realizing that a little human at home had said, “I made this for your office mama,” and that it was actually the most beautiful piece of art they’d ever seen.

I watched working moms go to meetings that could’ve been handled in an email, work through projects that coworkers were taking way too long on, and read through intolerable memos with the grace and patience of a Queen. They knew something I didn’t, nothing that happens at the office is anywhere near as important as what happened in their life at home.

I watched working moms count down until 5 p.m. and race out the door like their pants were on fire. I had no idea they were just getting started on the second part of their day. No idea that they were analyzing if they were going to make it to daycare or aftercare on time before late pickup fees started. I didn’t realize they’d get in traffic and start calculating how long until they got there, how many minutes until they got home to make dinner, to do homework, to do the bath, and bedtime. I didn’t realize that drive might be the only alone time they’d have for the day and they’d have to be actively shutting off from work mode and into mommy mode.

I didn’t know that she’d feel guilty for wanting to have a career, or for not caring about her career anymore, or for being fine where she was because a promotion could tip her rocking boat right over.

I watched working moms smile at me when I was impossibly rude and couldn’t bother to remember their kid’s names even though we worked together for years. I politely smiled at her cute little stories but didn’t realize how full her heart was from those special moments.

I didn’t realize that for working moms a ‘perk’ was getting to go to the bathroom alone with the door closed.

I watched working moms call (and later email and text) to say their kid was sick and they’d be out. And could I cover this? Or could someone call to reschedule that? I had no idea the guilt she’d wrestled with, how exhausted she was from being up all night, and sometimes how relieved she was to just be home for a day. Even if it meant cleaning up puke.

I invited working moms to parties my friends and I were hosting that started insanely late at night. I laughed along when they said they couldn’t come and told them they’d be missing out.  I had no idea they weren’t.

I didn’t realize that a call from the school could send her into a panic and that most of those calls actually start with someone saying, ‘Your child is okay but…’ and then go on to explain any number of incidents that occurred she’ll have to deal with later.

I didn’t know that she had no idea how great she was doing. That most days she rocked work and went home and rocked motherhood. And that she wouldn’t ever think that. And she’d spend the night wondering how she could do better the next day.