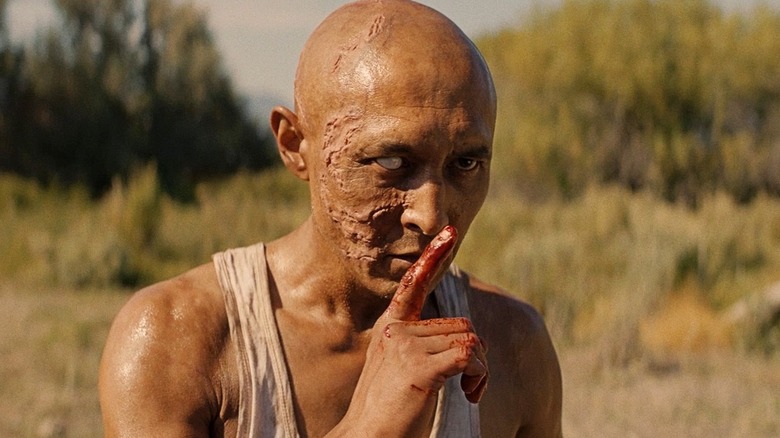 Incompetent goodfellas hunting down amateur hour homeboys. A fishing hook cast through the earlobe of an unsuspecting layman. A floatie made entirely of blow-up dolls. Unbridled bridesmaids snatching husbands up off the streets. Small town suspicious types boasting butcher knives. One-eyed maniacs slashing their way through sanctioned buffoonery. Explosions. Eviscerations. Beheadings. Ball-busting. Horse-bucking. Juice cartons slowly stroked a little too enthusiastically. This is "Sweetie, You Won't Believe It," and nothing can prepare you for its chaotic energy.

Set on the day that his pregnant wife is scheduled to give birth, "Sweetie" follows Dastan (Daniar Alshinov), a financially struggling scrub who deals with his nagging spouse by ditching her to hang with the boys. With his ball and chain cursing his name as background noise, Das and his buddies, Arman (Azamat Marklenov) and Murat (Yerlan Primbetov), the same dudes he's been riding with since high school, head to the nearest body of water to fish for the very first time, beers and plastic fantastic lovers in tow. Their fishing debut is a disaster, with shorts ripped and cartilage torn, but these minor inconveniences are the least of their concerns. Like a domino effect of boisterous negligence, the gang's absentminded actions bring about catastrophic consequences.

After haphazardly witnessing a murder, the besties find a group of gangsters hot on their trail, with each everyday Joe now sporting a red hot target on his back. But that's not all. Said gangsters have grown a tail, and that tail belongs to a homicidal maniac dead set on revenge for the accidental death of his four legged best friend.

Somewhere along the line, something in the comedic genre got lost. Buddy comedies gave way to line-o-ramas. Meta, tongue-in-cheek commentaries overshadowed nuance. Sick burns telegraphing every subject of speech. What's so much fun about Yernar Nurgaliyev's "Sweetie, You Won't Believe It" is that it feels like a return to slapstick shenanigans. Much in the same vein as '80s and early '90s romps, this well-balanced laugh riot expertly meets nostalgia with fresh new prosthetics. Gore gags galore, Nurgaliyev and company choose to go the more practical route with their special effects, keeping the story grounded just enough so when the shlock hits the fan, the beats become uproariously hilarious.

The 'Hangover' Of Kazakhstan 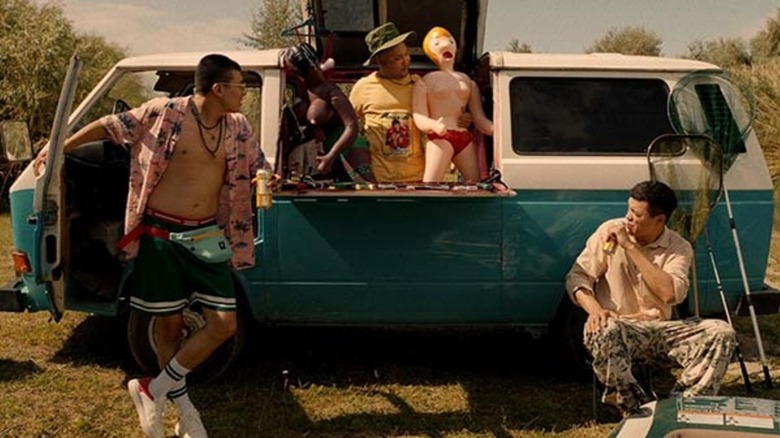 Sometimes character development isn't really necessary. An expertly shot revamped version of the wrong-place-wrong-time scenario, "Sweetie" succeeds in its steadfast decision to keep things light, no matter how dark the plot threatens to become. Most modern day movies that try to be funny also aim to include a moral message for the audience to take away in the midst of the malarkey. Comedic reliefs learn and grow and change and ask the audience to strive to be better. Not "Sweetie." Not here. Director Nurgaliyev knows that's not why you came. You're here to giggle like gangbusters, not watch a man finally learn to step up to the plate and show his old lady who wears the pants. It's funnier to watch him cower from his wife's hurling accusations and shake in his boots.

You could call "Sweetie, You Won't Believe It" the "Hangover" of Kazakhstan, but it's a tool that fires a little more point-blank. It doesn't have that film's pockets of humanity or its star-studded extravagance. Director Nurgaliyev even undercuts his own fleeting moments of emotional connection: occasional skirmishes between friends over who's a bigger loser –- the guy who waits on his wife hand and foot, or the adult who's yet to engage in carnal pleasures -– are cut short by heavy artillery fire; I think one of the characters who dies is related to one of the gangsters but I can't quite be sure. When we learn the backstory of why the maniac was initially set on a path of destruction, we briefly see photos of his departed wife and child, but the tension building in the room is swiftly cut with a long, drawn-out series of fart jokes.

Another character imparts a phrase of wisdom upon his departure, something along the lines of "Do not step on a sleeping snake," and then is promptly bucked out of his saddle. One victim makes what I can only assume is a very deliberate nod to "Terminator 2: Judgment Day" as he gives an enthusiastic thumbs up with his hand while he slowly sinks down into the depths of a swamp. At one point Das tells himself he's okay with his wife naming their child after her ex-boyfriend and is immediately knocked out and dragged away by a sick girl with sicker fantasies.

"Sweetie, You Won't Believe It" is a lean, mean 84 minutes and it doesn't waste a second of them. It's hard to tell if there was more meat to the plot at one point or another -- does Das ever pay off his creditors? Will the codependent husband finally learn how to assert himself in his marriage? -- but in the end, it doesn't really matter. The current edit is consistently entertaining in its own quirky way. Sweetie lacks anything remotely nuanced or subtle, but what it does have is a gangster who can't stop fainting at the sight of blood, and it works. In a world where men doting unbuttoned Hawaiian shirts come equipped with a sixth sense for the subversive, anything feels possible.

Read this next: The 20 Best 2000s Horror Movies Ranked