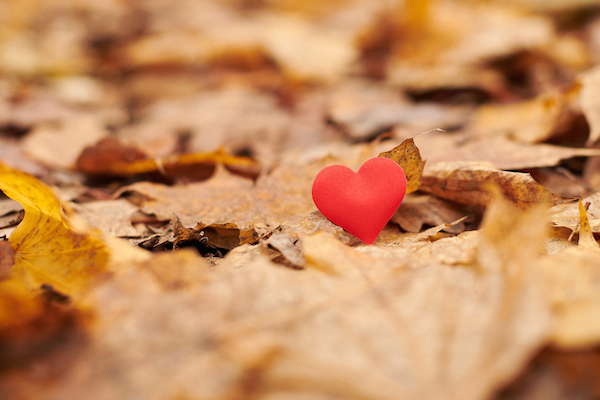 According to psychologists, childhood crushes are a normal part of our social and cognitive development, where children start to see each other in different ways, start to understand their emotions and learn how to process the notions of love and attraction. These early exciting social experiences can also be anxious, embarrassing, or confusing for kids depending on how the situation plays itself out on the typical schoolyard landscape. As so often was the case when I was growing up, if you ever displayed or revealed any hint at all that you “liked” someone, some sadistic classmate would undoubtedly start uttering that taunting playground chant about you and that other person “sitting in a tree k-i-s-s-i-n-g (spelled out). First comes love, then comes marriage, then comes a baby in the baby carriage. Sucking his thumb, wetting his pants, doing the hula, hula dance!”

Being a sensitive kid, I often struggled with some overwhelming and complex human emotions while navigating through my 70’s childhood. Though I mostly hung out with boys, I noticed girls at an early age and became fascinated by them. I found myself transported by the cascade of feelings they’d stir up in me. Although I recall being enthralled by various girls in kindergarten and first grade (Christina for her smile and blonde hair, Kara for her kindness and laughter, Jessica for her eyes and intellect), it wasn’t until second grade that I nurtured my first real crush on the new girl Wendy.

It was easy to see why any young eight-year-old boy would be smitten with Wendy. First of all, she was from somewhere in that far off foreign land of New York City. The sound of her exotic Brooklyn brogue mesmerized all of us local yokel Egremont country bumpkins. I remember Wendy teasing me for my mispronunciation of her older sister Dawn’s name. “It’s not Don, it’s Doo-wan,” she asserted in her smirked side-mouthed “aw” sound accent (the same way she said “tawk” for talk and “cawl” for call). Wendy was a sassy tough city girl, whose brown eyes, straight teeth, and high cheekbones accentuated her frequent smile. She was friendly and outgoing with a confident cool. She could hang with both the girls and boys alike. She was dexterous, too. We all marveled one day out at recess at her ability to do no-handed cartwheels. (I mean, talk about the whole package).

Wendy had a sophisticated style about her. While most of us ragtag roustabouts wore our hand-me-downs, thrift-store finds, Wrangler jeans, or the birthday clothes ordered from the Montgomery Ward catalog, Wendy seemed to have a celebrity fashion sense, a flair for wearing collared blouses and dressy shirts that I imagined from some fancy New York boutique. Clad in her furry puffy purple plaid-lined overcoat, designer bellbottom jeans, and clogs, she reminded me of Leather Tuscadero, Suzi Quatro’s rock’n’roll bass playing character I’d seen on a Happy Days episode.

Wendy was the fastest girl in second grade. When we had our running races from one side of the white fence to the other, or from the front steps to the outer picket fence on the perimeter of the schoolyard, she beat everyone every time–even in her clogs! One day, I mustered up the courage to ask Wendy for a race, figuring if I could beat her, she’d be impressed. We both had one hand on a fence post and stood ready for the signal, eyeing the fence on the far side of the playground. When a classmate yelled, “GO!” I was off like a shot and way ahead since Wendy had inadvertently slipped a bit on gravel on her take off. Stupidly, I glanced back to see where she was and — wham! — everything went black. Unbeknownst to me, another race had been going on perpendicular to us, and I had collided with Chris (who was well known for his hard-headedness). When reality came fading back into focus, I realized I was on the ground staring up at a circle of worried faces staring down at me, Chris rubbing his head and laughing it off. I was helped up and patted on the back. As we lined up to go back inside, I brushed off the dust, and–in order to save face–brazenly bragged to anyone who would listen that I would have won if I had not been “knocked out.”

It was Wendy who introduced us to a new game we began to play regularly out at recess she called “R.C.K.” which stood for “Run, Catch, and Kiss” (abbreviated so the watchful adults wouldn’t know what we were up to). It was a variation on the old “girls-chase-the-boys” tag game. At that age, girls still had cooties, and we frantically ran, bobbing and weaving to get away from their outstretched poisoned paws, though I admit I did let one catch and infect me every so often with a (secretly treasured) peck on the cheek. I would, of course, respond appropriately with a faux-grimace, and wiping off the offending virus with an exaggerated swipe. Since Wendy was impossible to catch, I had Chris sneak up and hold her once while I gave her a quick kiss. She kicked Chris in the shin and chased me all around the playground until the bell rang, but it was so worth it.

One day in class, our teacher placed us in new reading groups, seating Wendy right next to me, along with Marcus and Jill. I remember feeling all anxious and tingly, my heart zinging, not knowing what to say to her in this lengthy close proximity. I needed to find some way, any way to get her attention. Not knowing what to do with all the crazy mixed up emotions whirling and twirling inside me, I did what any young unprepared simpleminded corn-fed urchin would do: I put a tack on her chair.

No doubt, this impetuous act was something I’d seen Bugs Bunny or Jerry the mouse do on numerous occasions on Saturday morning cartoons with great success. At the last moment, I had second thoughts, but Marcus–grinning with mischievous anticipation–motioned for me to leave it. Wendy came over, pulled out her chair, and no sooner had she sat down, she was up again with a howl. We all laughed until our teacher came over to see what the commotion was about. She instructed Wendy’s friend Lisa to take her into the girls’ room to assess the situation, then turned to interrogate us, mustering up her best concerned stern stare to discern the culprit. Marcus, the wonderful quick-thinking martyr that he was, took the blame, saying he had been cleaning his desk and had put the contents on her chair, but must have missed the tack when he placed the items back. Since Marcus was the lone cordial and civilized sapient among us roustabout primate boys, Our teacher accepted his explanation without too much lecture or conjecture and moved on to her reading of Charlie and the Chocolate Factory. When the school year ended, we left the sanctity of our modest one-room second-grade schoolhouse behind when we attended third grade at the imposing three-story Sheffield Center School. As with most crushes, my flighty feelings for Wendy soon vanished, as Wendy had done herself when her family moved away from the area that summer.

Though Wendy remained “out of sight, out of mind,” she evidently had left a lasting impression on me, as I wrote one of my first poems in high school about her, which I eventually turned into a song I’d record two decades later on my first CD. I was curious to know what had become of her, as the song narrative states: “Wendy was a girl I knew from long ago. She always had a smile the world could see. Where Wendy is today I guess I’ll never know. I wonder if she ever thinks of me.” In the early 90s, while dropping by the Old Egremont Store to hang posters for my band, I asked storeowner Craig if he remembered the family who lived up near Prospect Lake. He said they’d actually rented from him, and that his wife still kept in touch with the mother. He made a quick phone call to his wife, pulled the pencil from behind his ear, jotted down their Florida number, and handed it over to me.

Without hesitation–caught up in the moment–I drove back to my apartment and dialed. Dawn (“Doo-wan”) answered the phone. I stumbled through a quick explanation and asked to speak with her mom, saying I was trying to get in touch with Wendy. Dawn excitedly responded, “Wendy’s actually right here now,” and, after some muffled murmuring, handed the phone over to her. Suddenly, the same voice I remembered from almost two decades ago came over the receiver. After the initial awkwardness of my I’m-not-a-stalker-just-an-overly-curious-nostalgic-person disclaimer waned, we reminisced some second-grade memories and talked of our present life circumstances. She explained she worked in cosmetology and was divorced with two kids. Before ending the call, we exchanged contact information, and I told her I would send her photos of the Egremont schoolhouses we attended, a copy of our class photo, and the poem/song lyrics I’d written about her. When she received them in the mail, she called to thank me, telling me her kids said the school looked like something out of “Little House on the Prairie.” She told me about some of the moments she remembered after seeing the faces of our classmates, particularly about her own crush back then on my first childhood best friend David. When Facebook became a fixture in the social landscape, I was able to find and “friend” Wendy, tagging her and including her in on occasional posts about our Egremont school days.

We do not often forget our first crush, our first foray into awkward notions of love, or the impression that first experience makes. Ironically, the name Wendy means “friend” and “wanderer,” which is significant because we all have a Wendy who serendipitously wanders into and out of our lives. Someone who ends up representing our younger years, those simple innocent days of childhood when nothing mattered but the present moment and the wonderment and discovery of new experiences, people, and feelings, which I summed up in another verse of the song I wrote about her:

Wendy holds a place inside my memory / Of summer fun and friends outside at play / Of running ‘round and laughter like an autumn breeze / The face I put upon my childhood days.

If you believe in the work we are doing here at The Good Men Project, please join us as a Premium Member, today.

All Premium Members get to view The Good Men Project with NO ADS.

Log in if you wish to renew an existing subscription.

By completing this registration form, you are also agreeing to our Terms of Service which can be found here.


Need more info? A complete list of benefits is here.