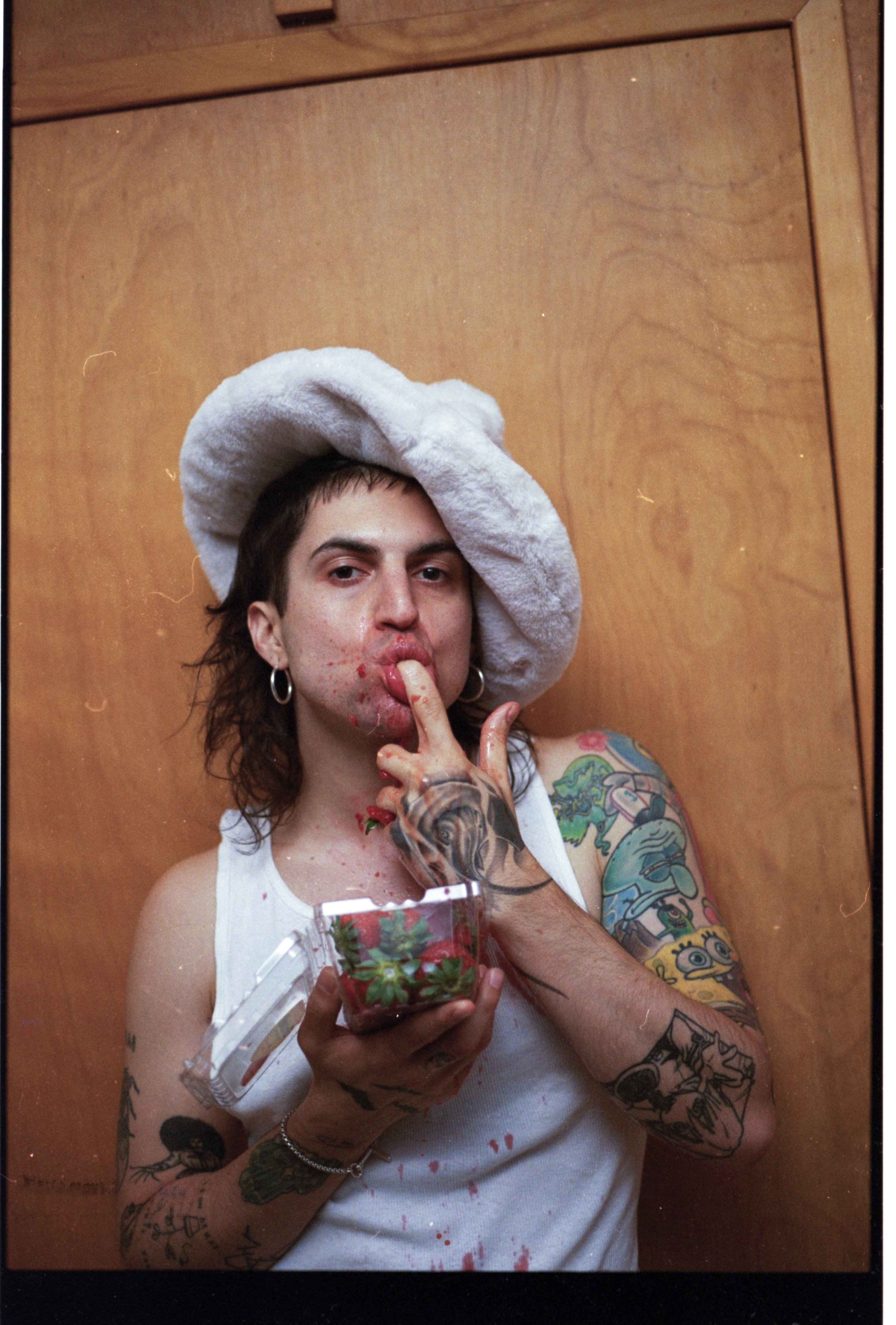 A quick scroll through Mitch Grassi's Instagram unearths a grid of high fashion looks worn by the singer on any given day. Everything from luxury brands like Balenciaga, Margiela and Burberry to niche underground labels like Enfants Riches Dprims make up the Pentatonix member's wardrobe, with the occasional vintage finds thrown in for good measure. His red carpet looks are equally as experimental, with strong-shouldered jackets and embellished suits among his go-to's.

Grassi's fascination and relationship with fashion, however, can be attributed to his friend and stylist Austin Macedo, the art director who's helped him fine tune his personal style and introduce him to all the brands he counts as his favorite today. The two recently sat down with PAPER to discuss all things fashion, as well as how their love of fashion influences everything they do. 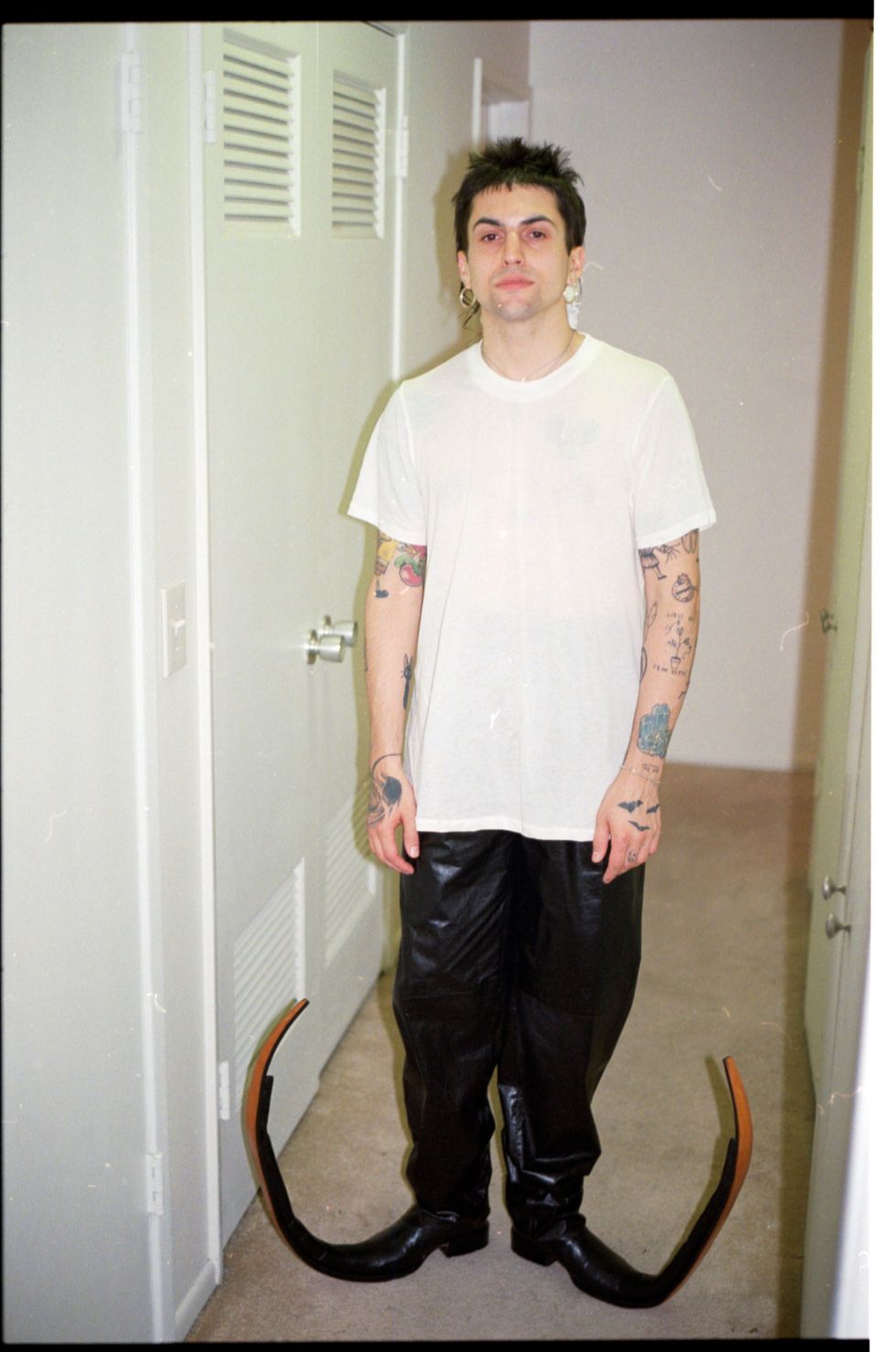 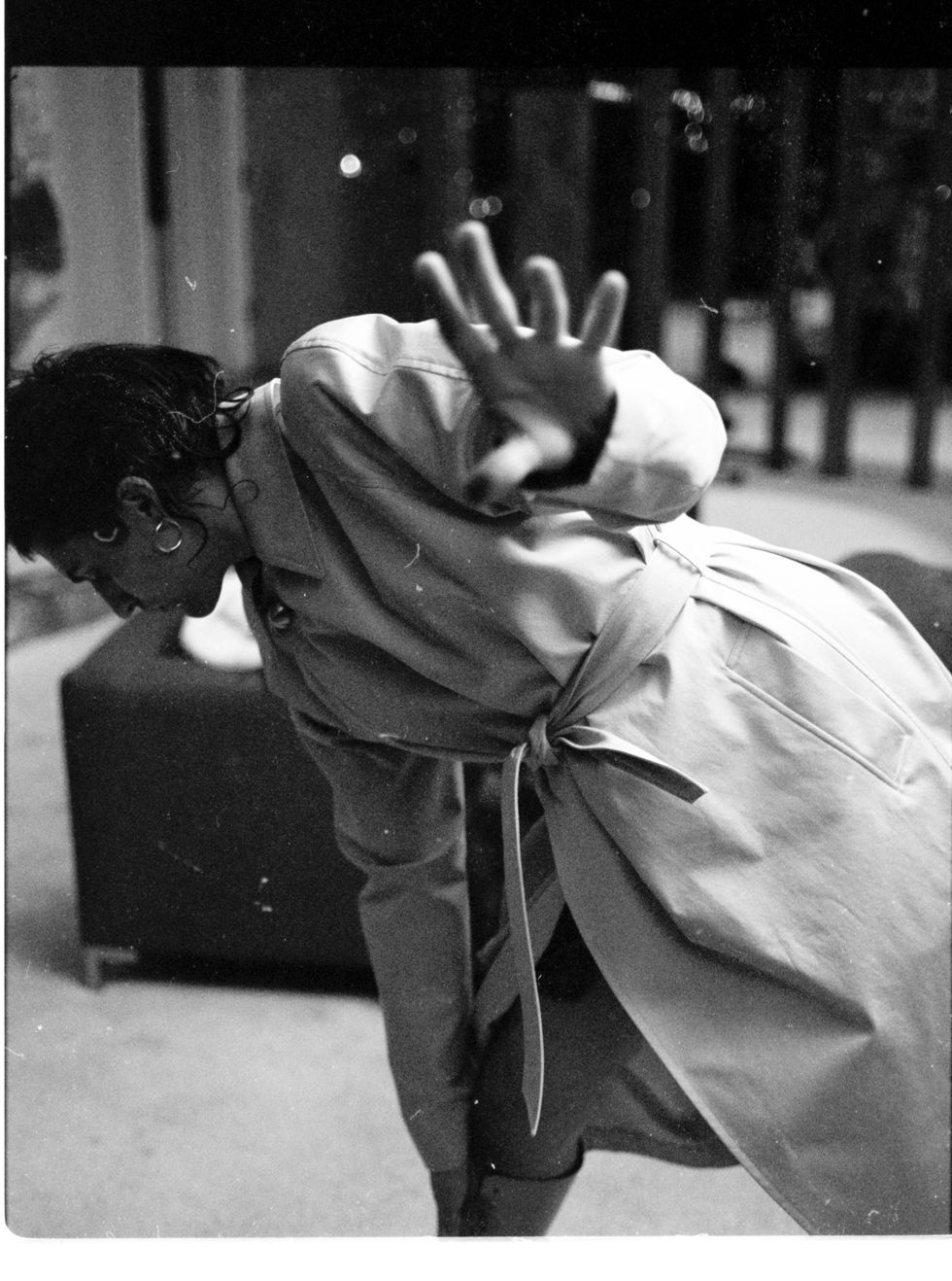 On Their First Time Meeting Each Other

Mitch Grassi: The first time we met... so basically you had tweeted me, right? Or no you followed me on Twitter, you were a fan of Superfruit videos.

Mitch: And you DM'd me and were like, "Hey if you want to come into my store I'll give you a discount," and obviously I said, "Of course," because I love to spend money, especially on clothes.

Austin: You responded in like five minutes and then I think you came in the next day?

Mitch: I think it was the next day.

Austin: Yeah and then the minute we met...

Mitch: Describe what I was wearing.

Austin: You were wearing... what were you wearing?

Mitch: I think I was wearing, kind of like a pilled Acne sweater.

Mitch: A sweater, I was wearing the white little Acne Penny's.

Austin: Yeah and you were really obsessed with Acne.You were wearing the big Acne library sunglasses the humongous ones, and then I feel like we made plans to hang out the next day or something. And then we were hanging out multiple times a week ever since. 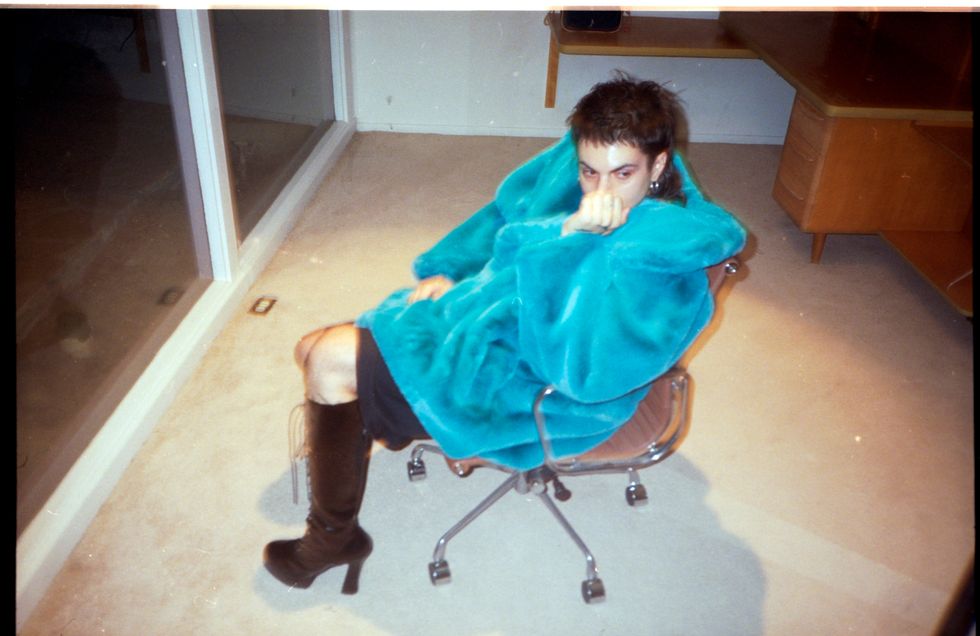 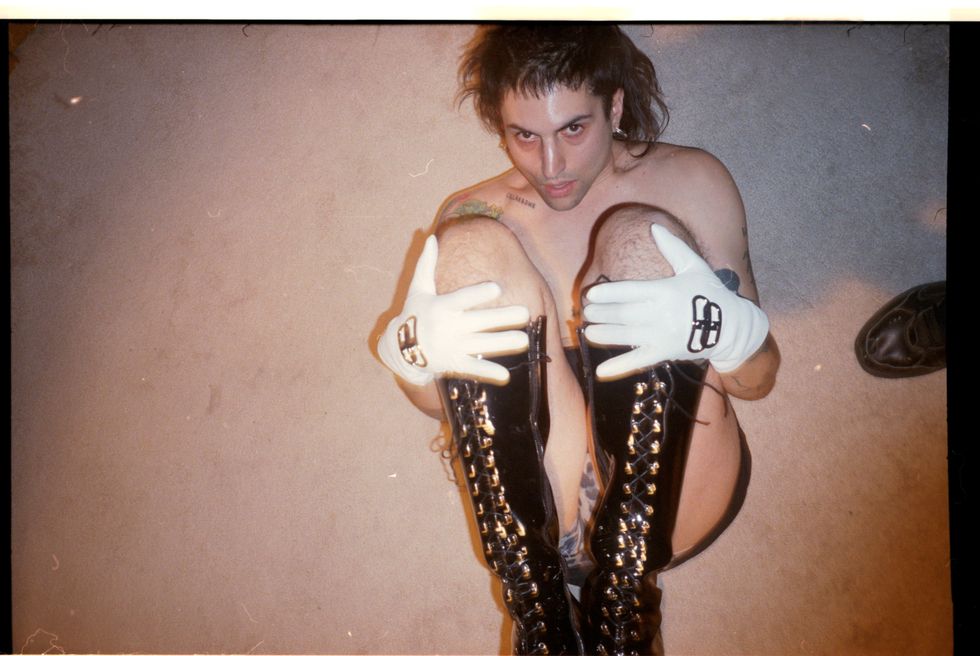 On How They First Bonded Over Fashion

Austin Macedo: I think we were at Chateau Marmont one night just having a drink and french fries [Laughter], and we were talking about fashion and how you wanted to know more about the history side of things.

Mitch Grassi: I really said that?

Austin: And then I think I was telling you about Stefano Pilati at YSL and how he was a big influence on me, and you were like, "Oh I need to look back into older collections," cause at the time it was

Mitch: Hedi Slimane, I was a big fan of Hedi.

Austin: And I never had been, so I was trying to get him to see the change of YSL and how it totally went from sophisticated, Parisian, womanly, chic to like Hedi's typical drug lord

Austin: Skinny jeans, whatever, and we were talking about that and then you said, "I'm glad I have someone to talk to about stuff like this cause everyone is bored if I ever bring it up." At the time I was really into Vetements and we both really wanted the iconic raincoat the same time. We both were scouring the internet for the rain coat and eventually we both found one. So we did a photoshoot

Mitch: And then we started to take pictures of each other, and just became, you know, those fashion friends. 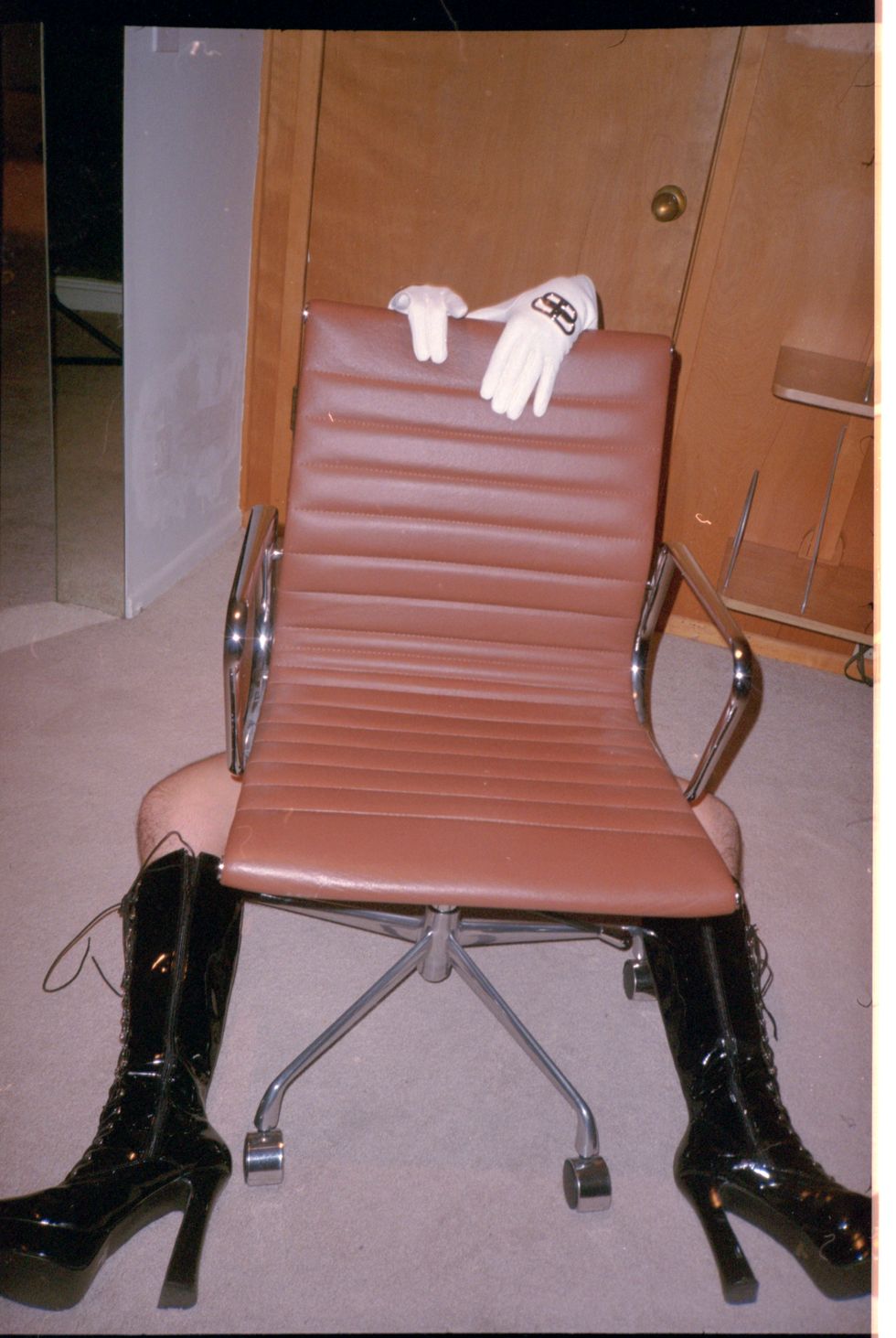 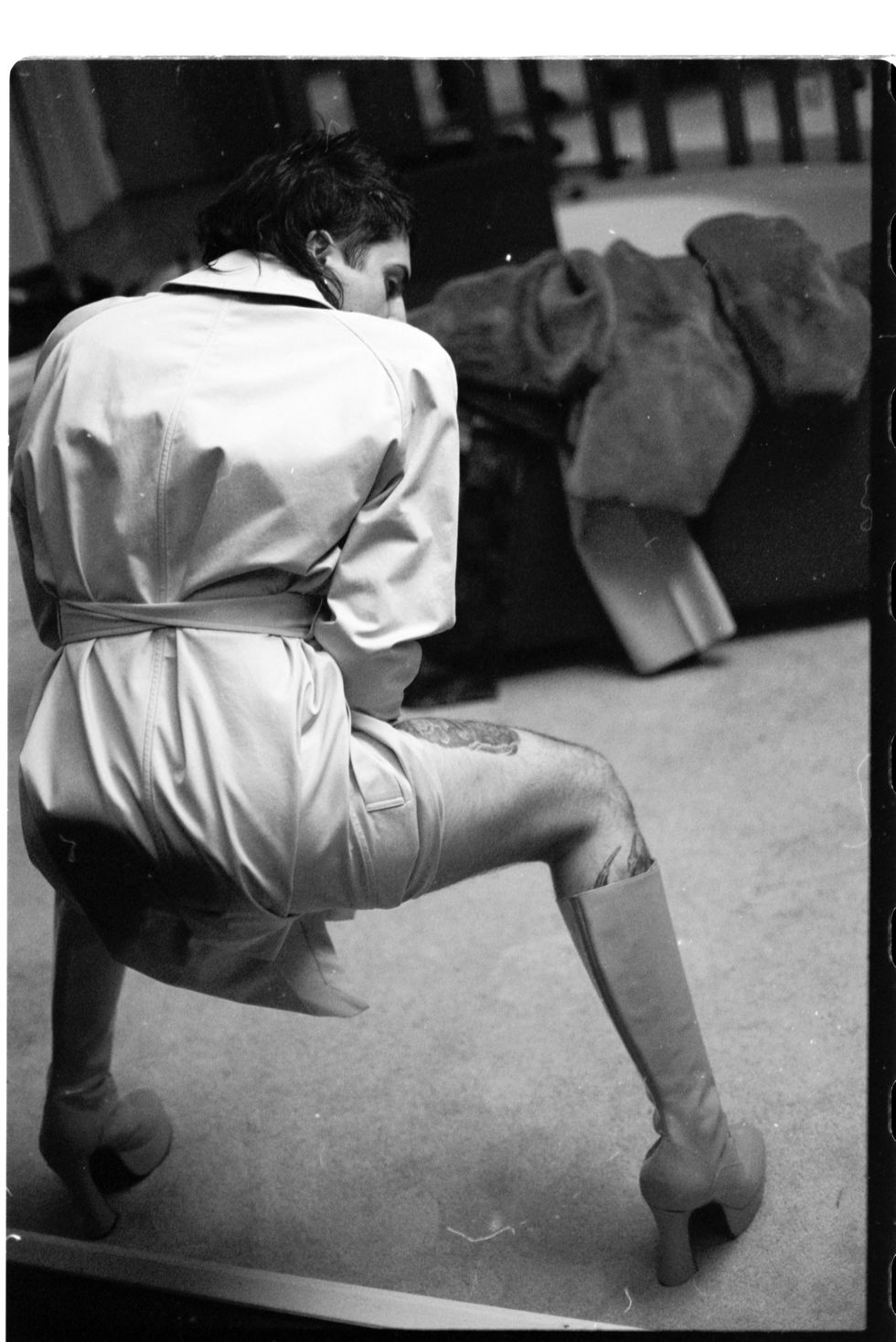 On How Mitch's Style Has Evolved Since Working With Austin

Mitch Grassi: Oh my gosh, where do we begin? It's been a major transformation. At the time when we first met I was starting to make a little bit of money and I was really really excited about I had just lost a ton of weight so I was really excited about wearing all these new dramatic pieces. I didn't really choose pieces with a specific look or style in mind, I just saw them, and in my eyes anything that was sort of kooky or colorful or had a dramatic silhouette, that equalled fashion to me, which I now know was not true. But I think Austin has really helped me to hone in on what is elegance, what's timeless, the tailoring and the silhouette that would complement my body the most.

Mitch: Shape and fit, you taught me so much about history and it's really shaped my tastes a lot, I would say.

Austin: That is true, he's come a long way. I mean, it's always been fun working with him because he's very kooky. He's down to wear anything at all doesn't matter if I think it looks bad, he will just wear the craziest thing. Mitch has always had fun trying to make it a little tighter, instead of just wearing anything for the hell of it. But the best thing is that he's fearless in that way where he's down to wear whatever, so no matter my crazy ideas he's always like, "Of course I'll do it."

Mitch: But what I like about your styling is that there's always a specific reason that you want me to put a piece on, or that you want me to combine different pieces, and it really helped me to select pieces when I'm shopping, because I really have to go through this logical process of, Will this do anything for me? Do I even need this? Does this make me look good or is it just pointless?

Austin: Hot right now or just fresh off the runway, do you want it? Is it actually beautiful or not? And I think you really learned to differentiate. 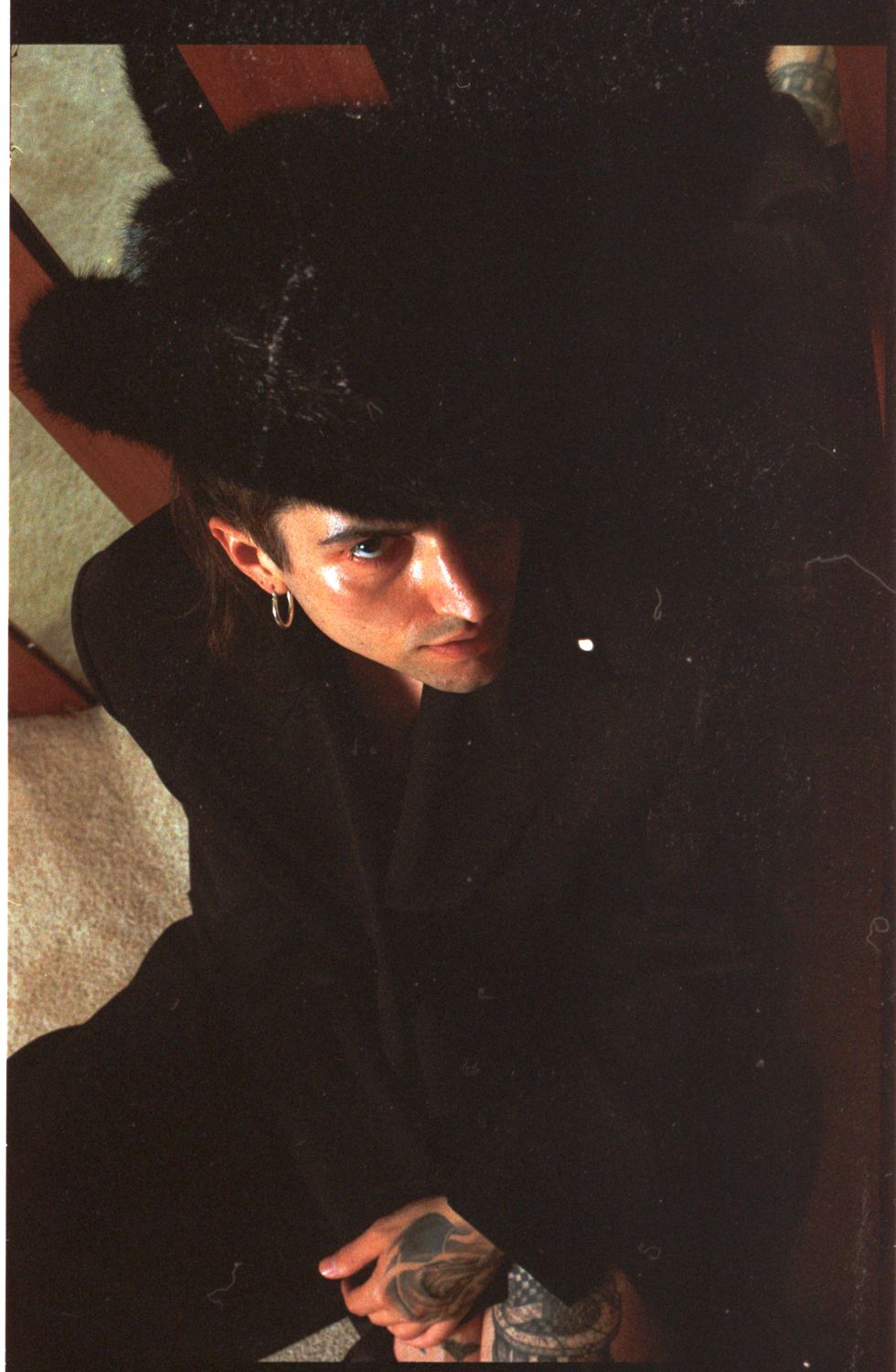 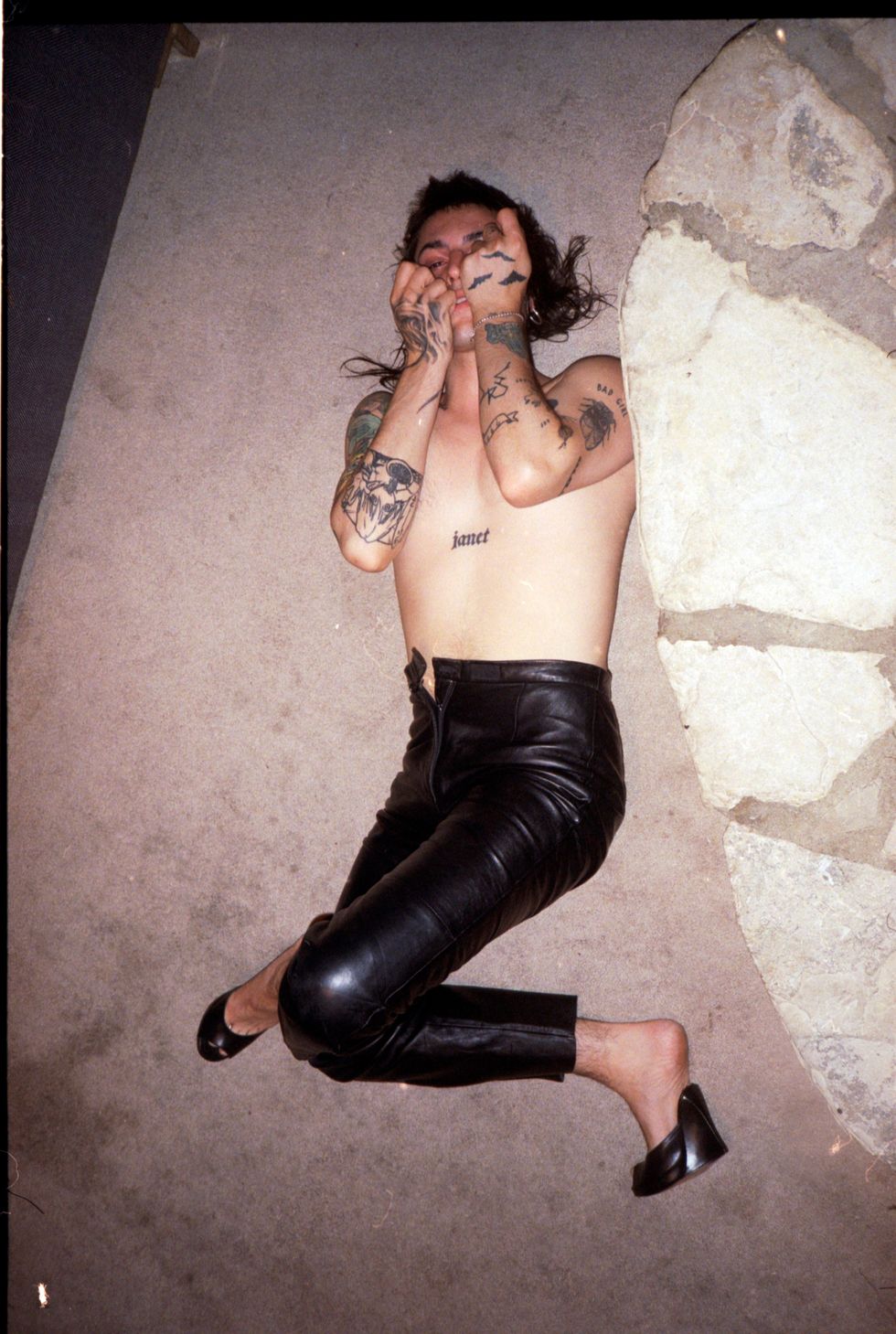 On the Fashion Landscape of Current Designers

Mitch Grassi: A lot of these emerging designers, and even people like Stefano Pilati are trying to do the genderless fashion, because that's what the zeitgeist is all about: exploring your gender and not picking a particular label, and I feel like I keep seeing that more and more on the runway.

Austin Macedo: Yes it's genderless clothing, and I do appreciate that. I think e need to see that, but you can always tell when someone's forcing it, or if it's actually in their DNA to do that. But I think one of our favorite designers is a friend of ours, Luca, who does the brand Magliano and we really love what he's doing, I feel like he's gonna be really big soon. And we always love a collection that reminds us of Mugler, like when Thierry himself was at the house, so anything dramatic, big shoulders, but not in that typical shoulder pad way.

Mitch: Yeah that silhouette is really popular. Demna [Gvasalia] made that popular I believe.

Austin: Yeah and I always appreciate a shoulder pad, so that will never get old for me. That's the silhouette we love.

Mitch: Volume seems to be a really big thing these days. Balenciaga does it a lot, all the streetwear brands do volume now, especially with people like Billie Eilish who completely hide their bodies and I don't think that's an issue. It's actually kind of a blessing, especially if you have body dysmorphia like we do [Laughter], but I can appreciate that for sure.

Austin: There's a lot of resurgence of Claude Montana with that Marc Jacobs collection, so I feel like even though the '80s has always been back in fashion, it's still going strong right now which I love. I'm glad the '90s are kind of disappearing because I hate the '90s [Laughter]. 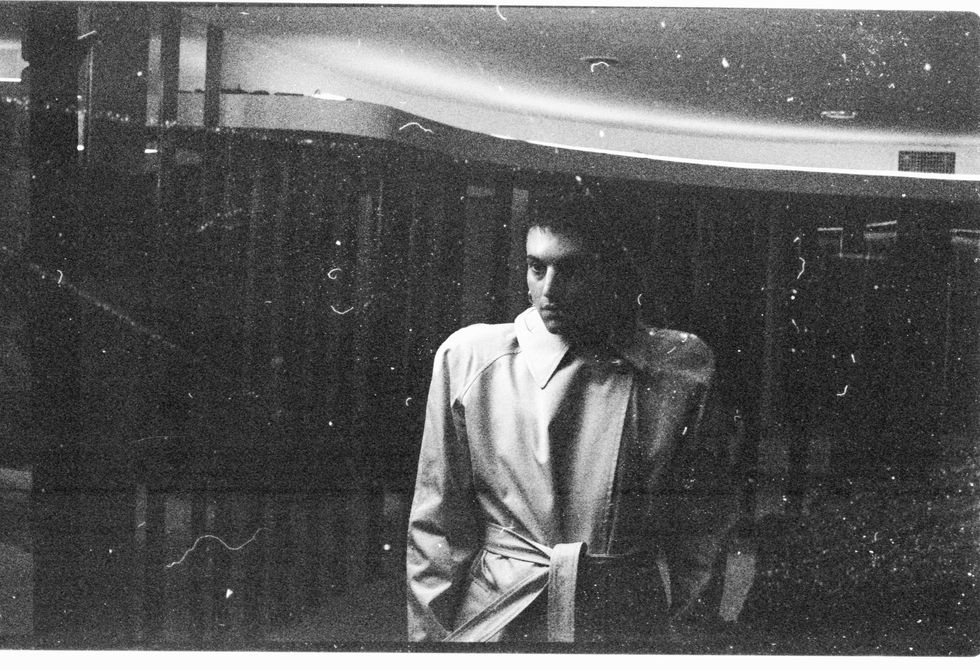 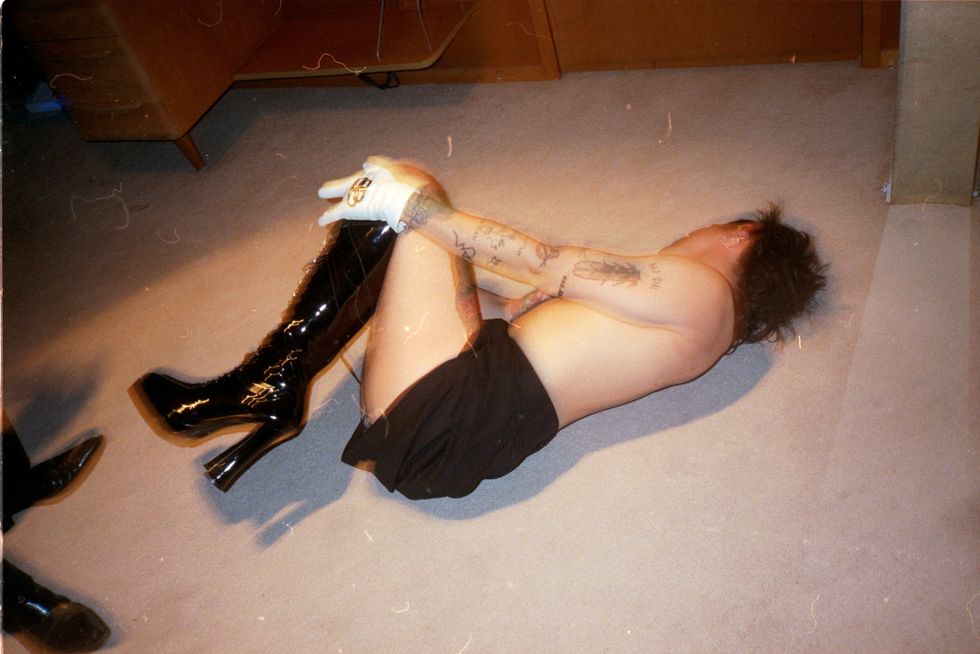 Mitch Grassi: It's such a touchy subject, but I really can appreciate the quote unquote genderless fashion and I think that if you are a person that does it authentically and can really pull it off psychically then it looks amazing. Even if you can't pull it off psychically by society's standards, but something about your energy really pulls it off, I think that's fabulous. On the contrary when people try to quote unquote gender-bend, it seems to try hard, like they're doing it for publicity and

Mitch: For shock. It's almost disrespectful to the people who do it out of authenticity.

Austin: It's disrespectful to people who are genderless or nonbinary. But there's so many other things that I hate [Laughter]. I really hate chunky sneakers. I just don't think anyone looks good in a chunky sneaker. I'm tired of seeing people in a dress and the chunky sneaker, it just doesn't make sense to me. And I hate anything that's purposefully ugly or normcore to be anti-fashion just to look the most normal and subtle. That to me is more try-hard than people who are wearing fashion head-to-toe. It's like you're tying to be under the radar and trying to be ugly and look like the dad. I also hate harnesses [Laughter].

Austin: Yeah, yeah, all of that. I also hate ankle socks [Laughter].

Austin: The little no shows, but I think everyone should be wearing a long sock. I also hate fashion motorcycle jackets, but obviously every brand does a motorcycle jacket and to me I think there are certain things that you go to fashion for and the other things you go and get the original, what it's made for. Same when it comes to western-wear; everyone wants to be cowboy yeehaw all over the place now and you're just getting the fashion version of these authentic cowboy boots. It just makes a mockery, like I can't believe people would charge that much money for a shoe that these hardworking people have been making for years and years and are much better quality.

Mitch: And that's that! 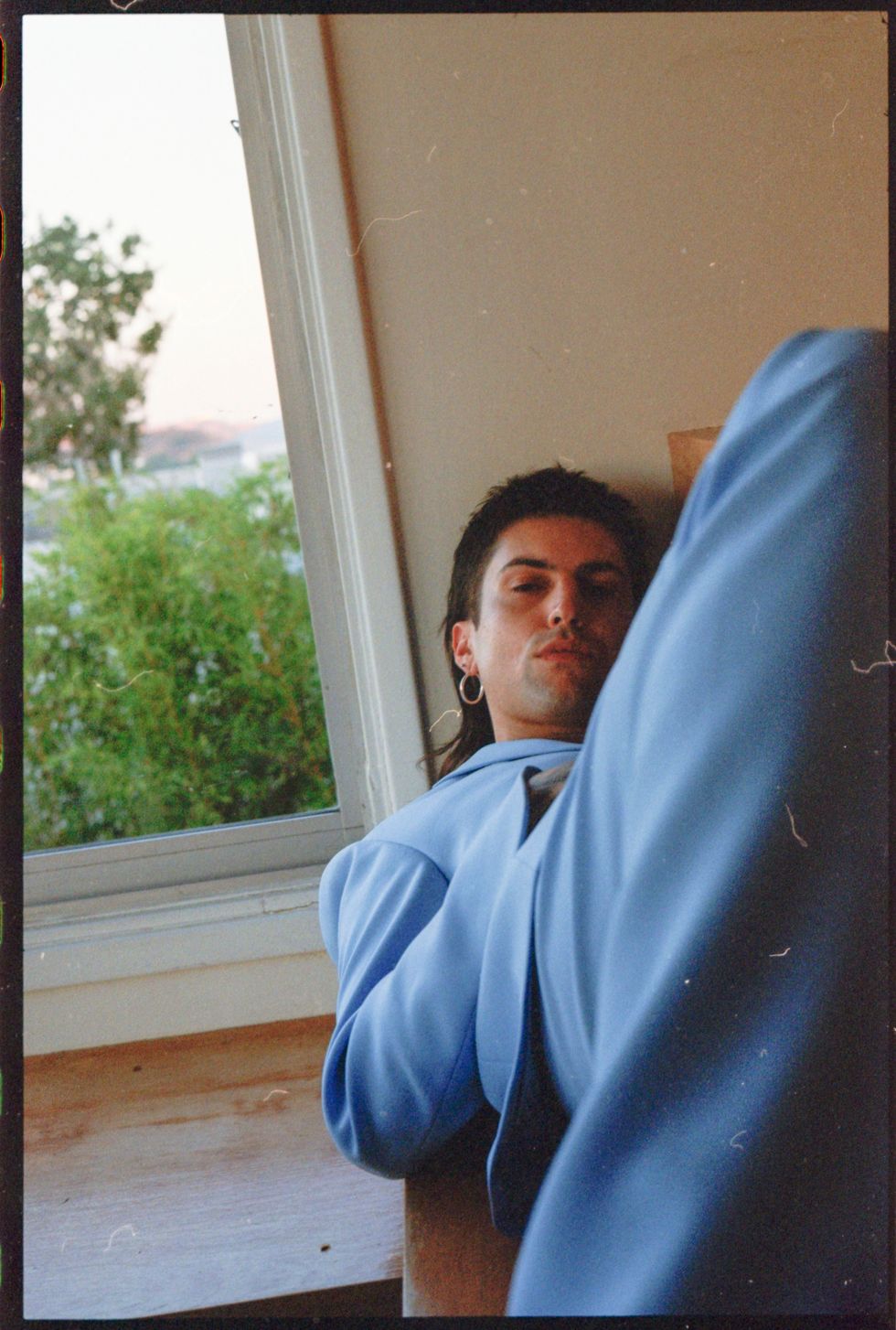 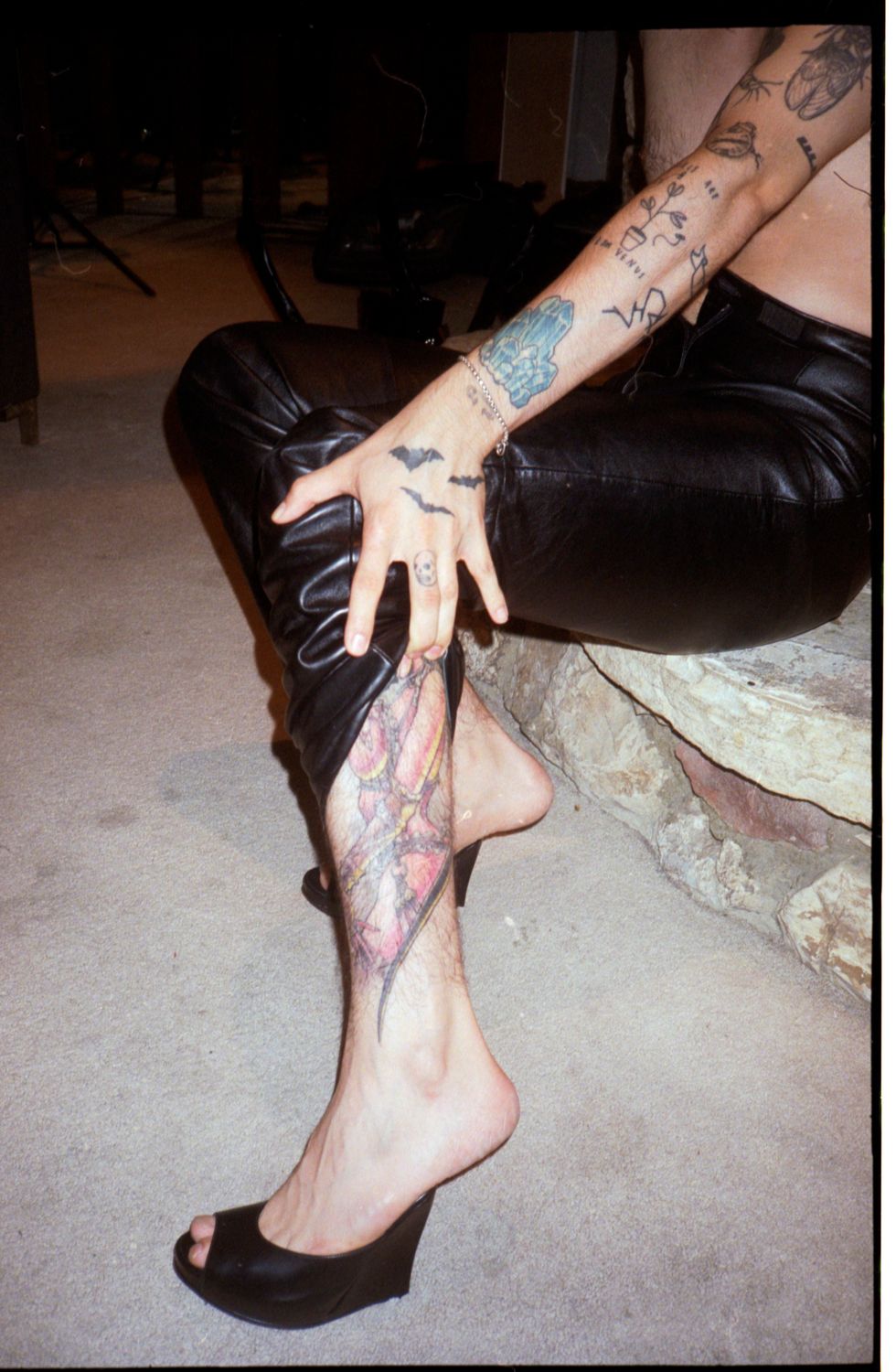 On How Fashion Plays a Role in Their Life

Mitch Grassi: There's so much I love about it, but I would say I really like the feeling of being in control of how people perceive me, just based on my physical appearance, even if it's a negative reaction. I know that I'm eliciting some sort of extreme reaction regardless because I'm probably wearing something extreme by normal standards. I'm a control freak, so that makes me feel really good. It's also how I can show my authenticity; I don't wear something unless I really love it and feel like it speaks to who I am on the inside. That is really important to me: showing people that I'm authentic and that I'm human and hopefully that will draw other authentic people to me.

Austin Macedo: To me, fashion has always been a part of my life since I was a little boy. Sometimes I can get deep with it, but most of the time I take it quite literal. It's fun to wear clothes, so being able to make your mood come alive visually in the form of a wearable garment is really cool. But at the end of the day, it's literally just clothes. I think of everything as just a suggestion; you can wear anything you want, and if you don't want to obviously don't. One day I can just be in polyester pants and the next day I can look like Liberace. But at the end of the day it's quite literal it's clothes, it's fun. 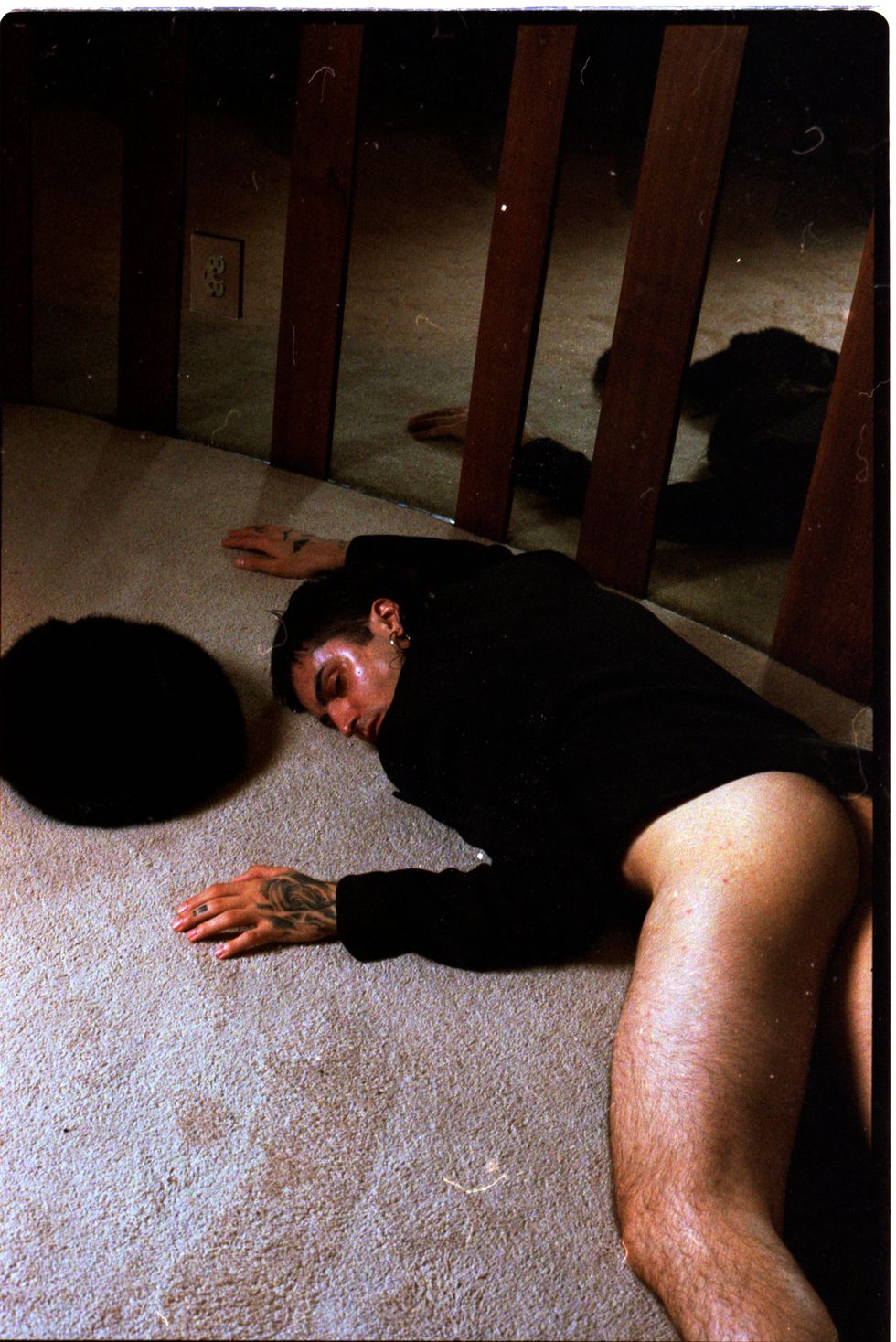 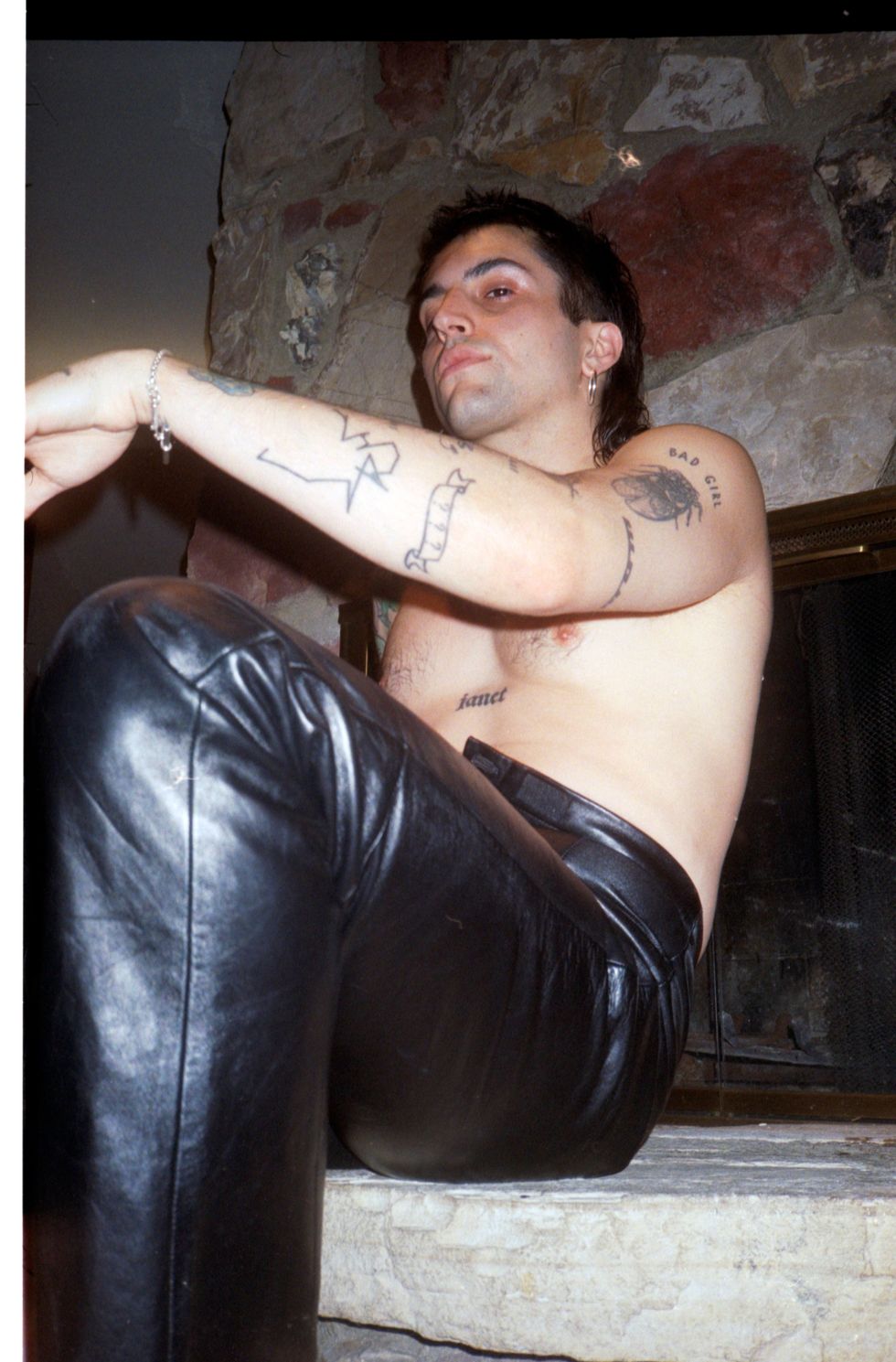