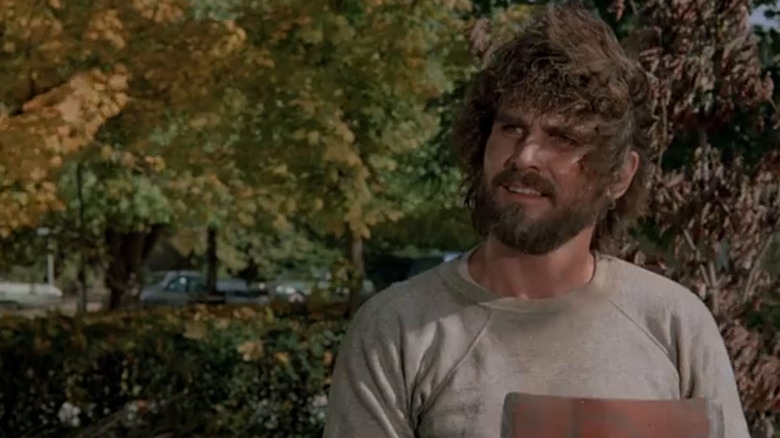 1979's "The Amityville Horror" still sits atop many critics' lists of scariest movies of all time. From the opening choral notes of Lalo Schifrin's compositions (which earned him an Oscar nomination), it's clear that something wicked lies in the spacious Dutch colonial at 112 Ocean Avenue, once the DeFeo home before the Lutz family moves in. It's a house with bad residue after Ronald DeFeo, Jr. slays his entire family with a rifle in the early hours of November 13, 1974. A year passes before George and Kathy Lutz (James Brolin and Margot Kidder) move into the house with their three young children; the clan lasts 28 days before fleeing with claims of a haunted house. The house retains that dark energy, and the movie knows it; each room that the Lutz parents tour with the realtor is interspersed with imagery of the DeFeo murders before the kids even move in. As the 118-minute runtime powers forward, George battles for domain supremacy, even shouting "This is my house!" to the malevolent spirits in the climax.

Director Stuart Rosenberg ("Cool Hand Luke") worked with Sandor Stern's screenplay, adapted from the 1977 Jay Anson book of the same name, with one notable addition: the book's title purports the haunting as "A True Story." Anyone who remembers the mania surrounding "The Blair Witch Project" upon its release can speak to the power of the "true story" claim, even if it is fake news.

The Lutz family's highly-contested account of paranormal experiences -- which include, as seen in the movie, stigmata on the priest who attempted to bless the residence -- was widely believed upon the book's publication and, one could argue, led to the casting of the film's lead actor. In an interview with The AV Club, Brolin spoke about the other movie he was filming, how the role fell into his lap, and how his experience with Anson's book led to him agreeing to do the "Amityville" project.

James Brolin And The Spooky Pants 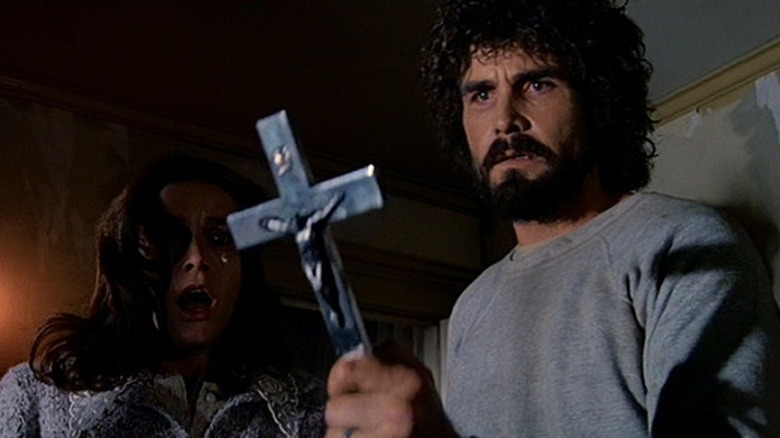 While shooting Robert Butler's neo-noir action film "Night of the Juggler," James Brolin heard about the upcoming production in vague terms; there's no script yet. In "Now a Terrifying Motion Picture!," film scholar James F. Broderick writes that it was "originally conceived as a made-for-TV movie" and that Anson did write a screenplay adapting his book, but the studio rejected it in favor of seasoned television writer Sandor Stern's version. Brolin explains how the book was the whole pitch:

"But as I'm shooting 'Night of the Juggler' ... somebody says, 'There's no script, but you ought to read this book, 'The Amityville Horror,' because they'll have the script soon, and they really would like to have you do it.' So I was reading this novel at night and it's two in the morning. Well, I would hang my pants on the door of the bedroom, I'd throw them over the top corner of the main door coming into the bedroom, and all of a sudden the pants fell off the door onto the floor. How I didn't hit my head on the ceiling, I have no idea, because I was at a scary part of this book, and it so surprised me that I started laughing after I recovered and said, 'I've got to do this movie!' And that's how that happened." 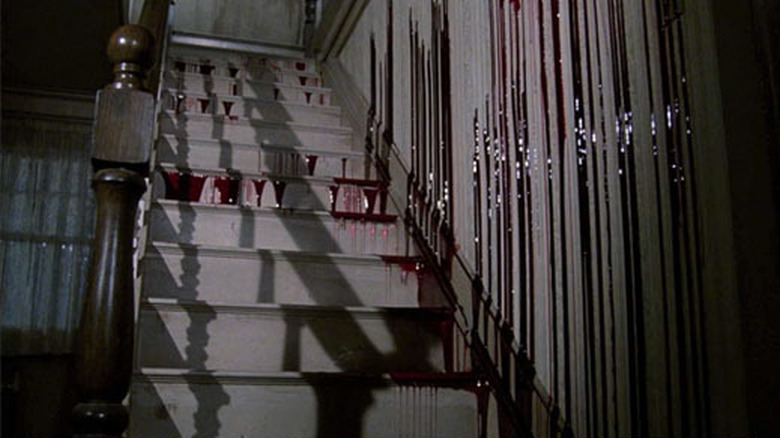 The fact that Brolin was so immersed in the story translates on the big screen. He has his work cut out for him, as the role of George Lutz is a cold, unfeeling one to begin with. But something happens with each accumulative bump in the night, while 112 Ocean Avenue works him over as easily as the Overlook consumes Jack Torrance in "The Shining." The furrowed Dad brow gives way to a vacant brutality, and Brolin assumes the physicality of an increasingly agitated beast as George becomes more and more recessed into himself ... which isn't really himself at all. The broad Father-Knows-Best shoulders begin a proto-Jason Voorhees heave; the steady, deliberate movements become more snappy, reactive. Movies like "The Amityville Horror" and "The Shining" (both, it should be noted, feature an attempted axe murder by a father) act like possession movies in a time when it was mostly women's bodies being invaded by the Devil in the movies. As Lutz, Brolin acts as a man untethered from himself until he and the plot work themselves into a fever pitch, making "The Amityville Horror" one of the great '70s horror movies to withstand the test of time. Something that can't quite be said for the movie's sequels.

Read this next: Horror Movies That Even Horror Fans Could Hardly Finish