Four Seasons through the eyes of designer Tara Bernerd

From one iconic brand to another, to celebrate the upcoming arrival of Four Seasons Hotel and Private Residences Fort Lauderdale, we take a look back at Tara Bernerd‘s design journey with the hotel group – from London to New York – in order to understand how the designer and her team created such interesting design narratives… 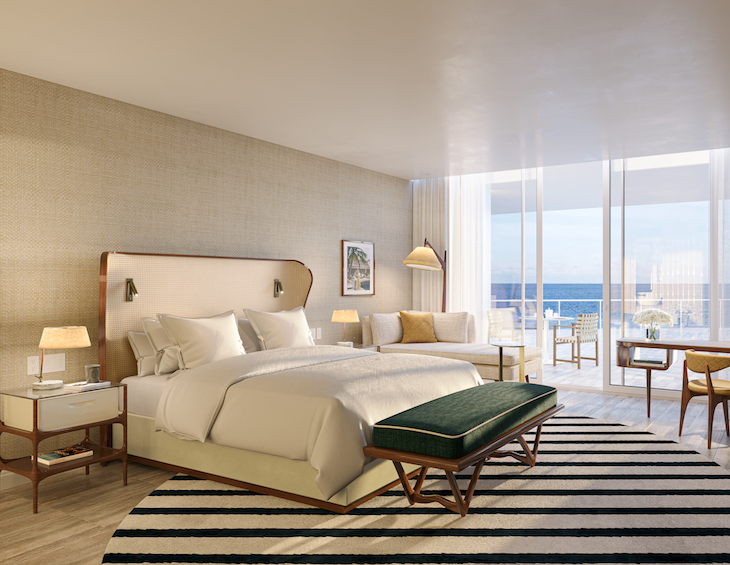 Long-time design collaborators for Four Seasons, designer Tara Bernerd and her team have created a plethora of typologies for the brand, from urban hotels, including the interior design for the hotel’s guestrooms of Four Seasons Hotel London at Park Lane and also the Empire Suite in Four Seasons Hotel New York Downtown, to resorts such as the Four Seasons Hotel and Private Residences Fort Lauderdale. Bernerd is currently working as the lead creative for the 148-bedroom property as well as 50 condo rooms and private residences, opening later this year.

Throughout all three hotels, the studio’s aim to embody the aesthetics of the Four Seasons brand whilst simultaneously creating meaning and connection through a distinct sense of place. By balancing the studio’s refined design principles with Four Seasons signature style, Bernerd and her team create something entirely new for each region.

Speaking about the design of each Four Seasons project, the designer says: “It’s very much a part of our philosophy to make every property unique, with its own story to tell. As we create custom projects for each hotel, we try and refrain from bracketing ourselves into a particular style. However, there is a common aspiration found behind all our work through the themes of colour, topography and geography. Fusing these touchpoints, we create individual experiences in each location.” 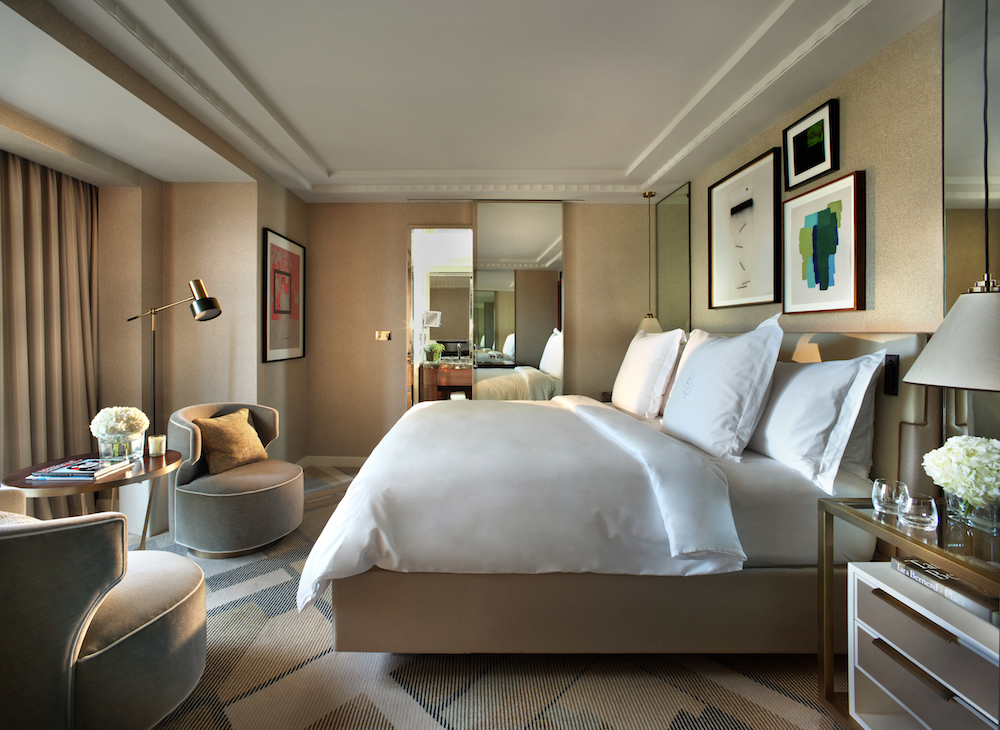 Designed to bring a freshness to the hotel, the studio’s holistic approach and their use of bespoke design, lighter colours and materials, were specifically chosen to create a more spacious feel for guests on entry. Each room displays Bernerd’s signature handsome style of approachable luxury with a timeless elegance and the Hotel’s prestigious location situated between three of London’s Royal Parks was an immediate source of inspiration for Belgravia-based Tara Bernerd & Partners, with hints of green incorporated into the classic colour palette to add a modern edge.

As with each of the projects Bernerd and her team undertake, the location and geography in which the hotel is set was a key source of inspiration. This thread runs throughout the furniture and finishes, indeed extending to the art. Greeting the guest in the entryway to the deluxe room are two prints created from old tailors’ suit patterns, a nod to the sartorial history of Savile Row which resides in close proximity to the hotel. A triptych over the headboard depicts deconstructed photographs and sketches of London from the turn of the century. Found in old picture books in a Notting Hill antique shop, these pieces are particularly special.

The art in the superior rooms take inspiration from the iconic views over Hyde Park. Three abstract pieces hang above the bed, one of which loosely explains the layout of the park, with another having been painted by a Four Seasons employee. Not only does the piece fit perfectly within the room’s palette, but the hotel’s connection to the artist creates a meaningful story behind each piece. 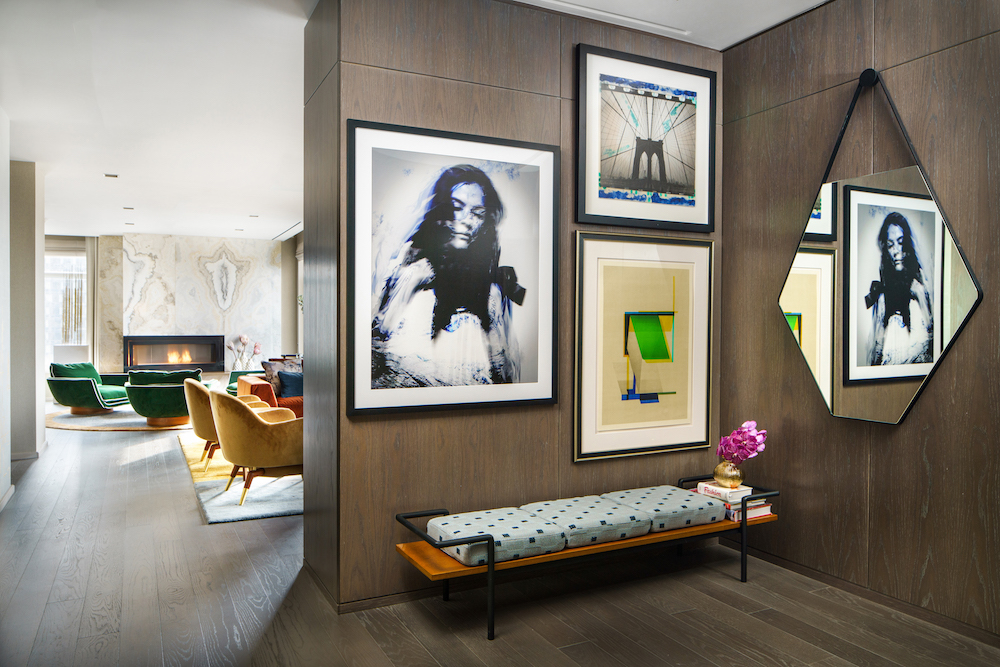 Having recently reopened, this Tribeca based Four Seasons presents its reimagined Empire Suite by British interior designer Tara Bernerd. In the updated design, Tara and her team focused on optimising the layouts and furniture placement within the suite to take advantage of the unparalleled views across the city, while simultaneously providing larger spaces for entertaining and more intimate, homely cocoons. Providing essential versatility, the home office/study was redesigned to make the most of the natural light and give guests the option of using the space as a second bedroom. The Principal Bedroom was designed to provide the ultimate sleep sanctuary with soft silks and hand painted de Gournay wall panels to add a touch of drama. 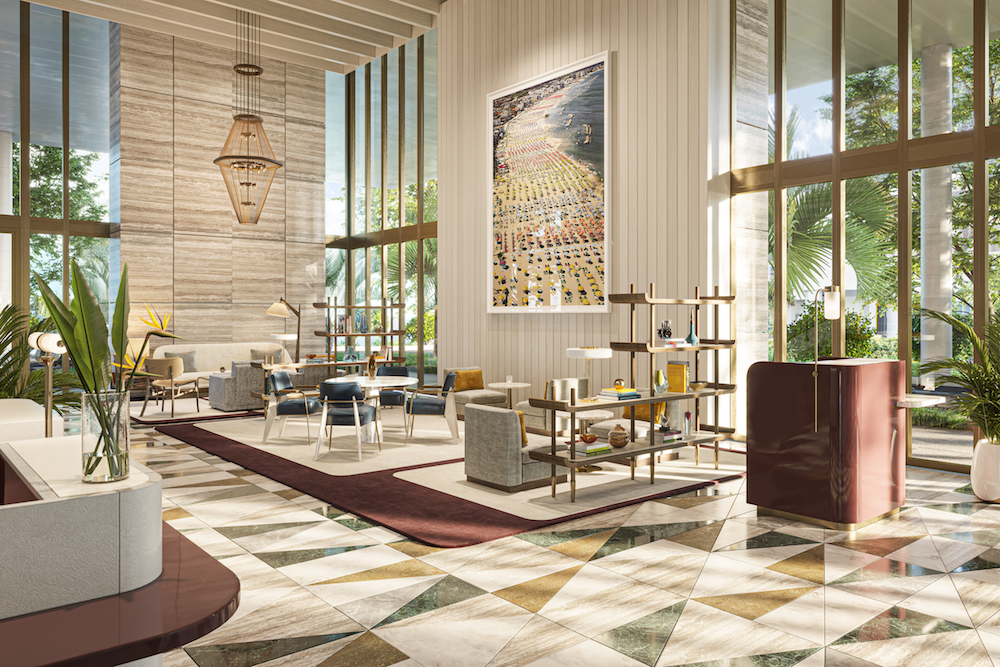 Complete with unparalleled views across the Atlantic Ocean to one side and the Intracoastal Waterway on the other, Tara Bernerd and her team have taken inspiration from the natural beauty and quality of light in Fort Lauderdale – the pale silver sands, blue seas and stunning Floridan sunsets. Known for its yachting heritage, the studio have sought to encapsulate the elegance of a previous design era of Chris Craft yachts and Capri pants to create an approachable luxury with a timeless quality.