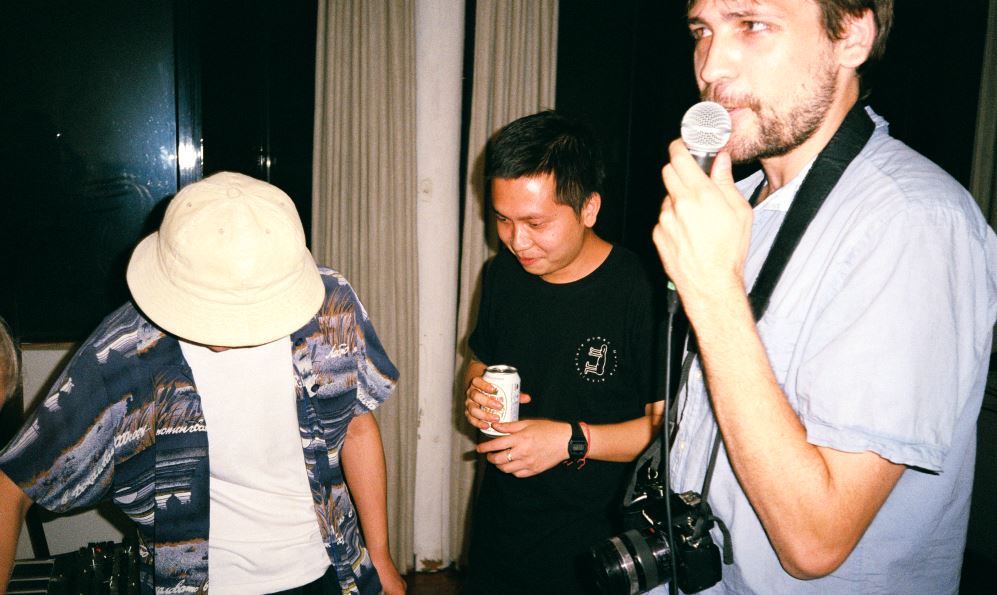 The specifics of exactly when and howWill Griffithand I first met are murky but there's one thing we can both agree on:it wasat a show. Ever since that day, some eight years ago we've bounced around the city seeing innumerable acts me as the sometimes trouble maker, him as the photographer/videographer taking in whatever weird and wild sounds thatBeijing's underground music scene had to offer.

Sadly, all good things must come to an end, and after 10 years of drinking up and spitting out the capital's music scene via his blog Live Beijing Music(and viaTBJ), Griffith(pictured above right) will soon set sailto greener pastures in China's south. In his wake, the Connecticutnativeleavesa legacy of photos, videos, and words that gave countless expats and visitors a gateway intoBeijing'sscrappy gigs and put names to faces of the musicians running the show. 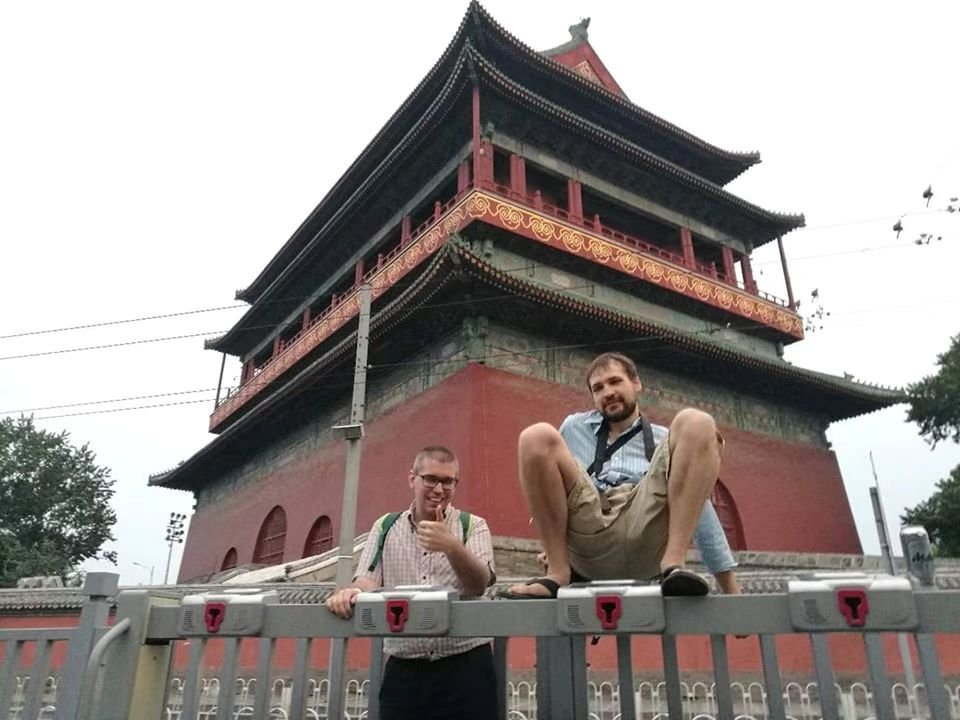 Having been perpetually embedded in moshpits, perched at merch tables, or shooting at the front rows of shows for the past decade, Griffith would be the first to admit that Beijing just isn't what it used to be when it comesto live music. Venues have been closing at a rapid clip over the past five years (see here,here, here, here, and here), on account of licensing issues or ballooning rent. Arecent directive from the municipal government details how RMB 120 billion (USD 17.2 billion) will be pumped into the capital's music industry by 2025, an announcement that would likely be met with jubilation in any of the world's money-starved independent and creative scenes, but here likely symbolizesthekiss of death to the city's independent spirit following a long and focussedperiod of strangulation. In its place will likely stand a harmonized, sterile, and bureaucratically molded idea of what music for China's youth should look like in the 21st century.

That's not to say that music is dead in the capital, withTemple,School, DDC, Yue Space, Omni Space, and Mao Wukesong keeping up the good fight. As a final nod to Beijing's punk underbelly and what can for now still be found in the aforementioned venues on any given night, Griffith has sworn to go out with a bang, gathering some of his favorite acts to playfour gigs over three days, Jan 16-18.

The fun kicks off on Thursday at Temple withThe Sino Hearts, Oldy Baby, S.T.V.S, and DJ ADDJ. Then on Friday, he'll head to DDC for part I of his farewell double-header, featuringSNSOS, Last Goodbye, Run Run Run, Guiguisuisui, andthruoutin. Finally, things get off to an early start on Saturday with Nugget Records'Farewell Fayre at 2pm onwards, including music fromSourtower, Cherry Puff, LST, and Noise Arcade. Things then move up a gear for the final showdown, featuring Backspace, Floating in the Mist, Deadly Cradle Death, UNIT, and a mystery secret guest. If you're tired of reading, just think of what he'll look like come Sunday.

Below, we had one last chinwag with the man himself.

You've been rooted inBeijings underground music scene for adecade now, how has the music landscape changed in that time?
There have been massive shifts for sure. Its amazing to think that a band like New Pants are huge now but prior to last summer fewpeople in the mainstream had heard of them. That's testament towhat ashow like Big Band can do for a band, but really the rock scene has been slowly moving toward this commercialization for some time, with more and more labels with serious backing jumping in and signing every indie band in every nook and cranny of the scene, for better or worse.

Im an optimist at heart, so its been great to see bands I watched perform to a crowd of ten peoplesix years back now play to a crowd of 800 (even if it means I can never get them on a bill again due to their fees skyrocketing). Labels are now using all the 'data' and 'means' out there to hype and build up bands. Its interesting, and a bit frightening I must admit. The internet and WeChat have united fans, allowing bands to build massive followings in a short span of time, and the Asian market is slowly opening up to China even more (Chinese Football performing with bands in Singapore is something that wasn't possible five years back). Heck, five years ago, Beijing was seen as the hub of indie music its anything but now. So while itcan be disheartening to see the infrastructure of the music scene become more regulated, and I suppose quarantined, I think in terms of growth and reach, it has exploded within the country.

What have been somehighlights from your time watching and documenting bands in Beijing?
Too many to speak of, and to avoid repeating myself Ill pinpoint moments that still cause me to grin. I always get a kick out of throwing my parents into scenes theyre ill-prepared for, so seeing my father watch wide-eyed as Yunnan-based noise artist Usisi terrorized his guitar with a nihilistic bent, causing otherunsuspecting audience members to makea run for it, will always be up there. 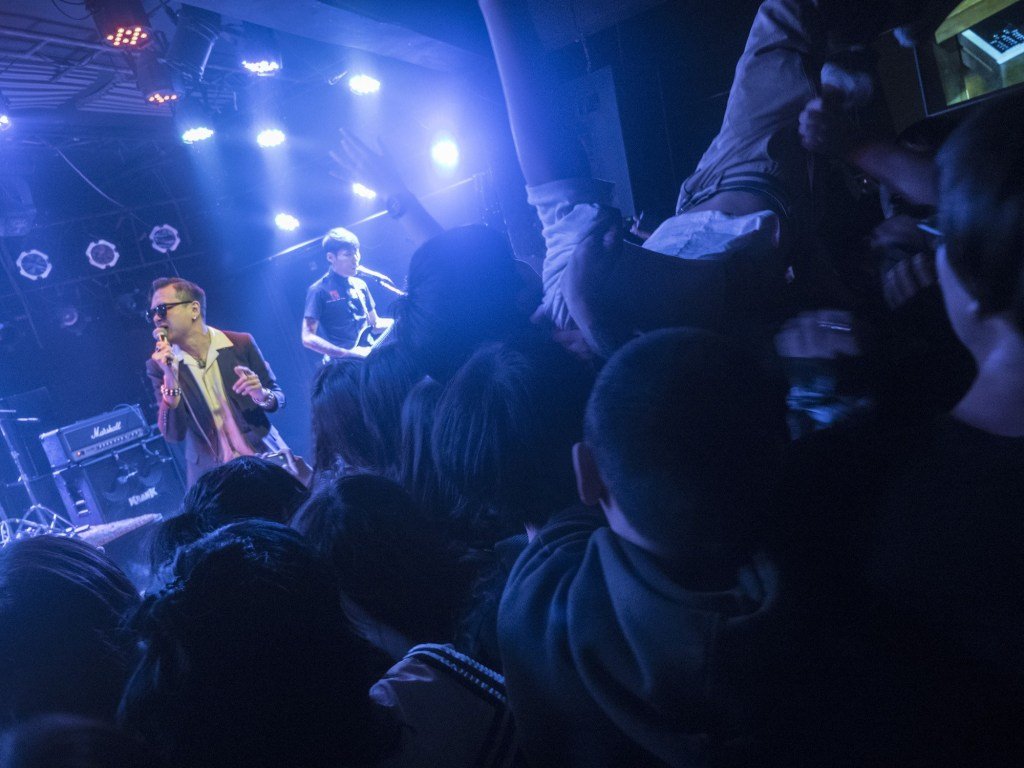 Music festivals used to be the best in Beijing, and while the down-to-earth, anything goes environs of MIDI was always rambunctious fun, I have a soft spot for the Tongzhou Canal Park Strawberry Festival. Whether it was watching my mother-in-law become a Second Hand Rose fan in the thick of the crowd or having my (infamous) friend Manchester Mike bum rush the stage during pop-punk legends Reflectors set (to a massive crowd mind you) in order to scream something bout Captain Beefheart before being dragged off stage, music festivals in China, when done right, were the best.

But really, nothing quite hits like being blind-sided by a band or artist I remember standing on top of a chair in the tiny (literal) hole-in-the-wall Old What? Bar and being in awe of Skip Skip Ben Ben; stumbling late into D-22 and being introduced to Residence A; and singing along to Buyi at Dos Kolegas... the list goes on.

What have been some of the biggest challenges to what you do?
Navigating the internet world of China Weibo, Douban, Xiami, and eventually,the mammoth that is WeChat is a whole different beast and it took a good year to get the hang of its many intricacies. On top of that, there's splitting your time pushing your content to both Chinese and Western audiences a juggling act I still havent quite figured out yet. And of course, then there's the language barrier. Dont be a nimrod like me and suck at Chinese. Its amazing how many doors open once youve picked up some of the language. 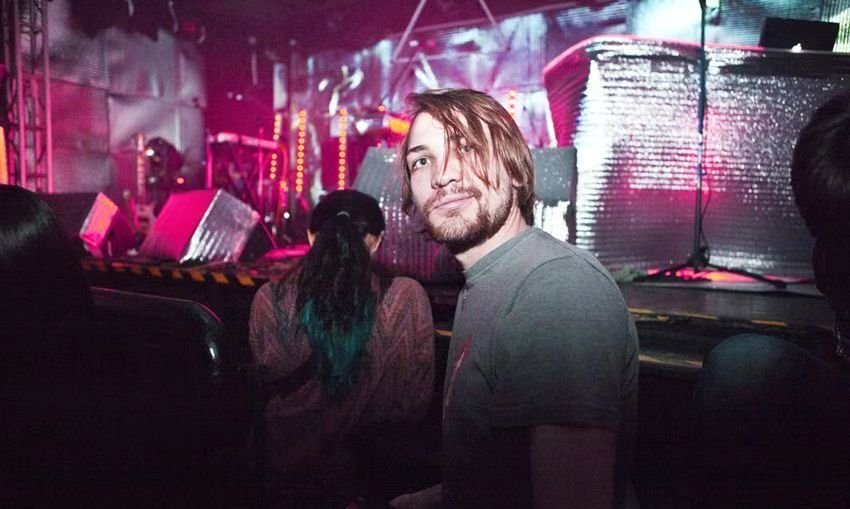 Which up-and-coming bands are youmost excited by in the Beijing scene?
Didnt I just right an article about this for you guys?! [Yep.] Go check out Pizza Face, Yang Ji, The Claptraps, BowAsWell, Sourtower, The Beauty, Heta Uma. Hit me up next month and Ill surely have a few more for you todig into.

Foreign Policy recently wrote a piece titled Why Does China Have 1.4 Billion People and No Good Bands? What would you say to the author if you had a chance?
Clearly theyre looking for a reaction from readers with a headline like thatand the author got it. Theres a blatant disregard for context or criteria for what [author] Lauren Teixeiradeems as "good" or "bad." It seems shes regarding taste as something exportable to the West instead of something that resonates with the massive population here (and increasingly, the rest of Asia). I dont know. She sucks. Dont feed the trolls I say.

What do you envision for Beijings music scene and China at large over the next 10 years?
Well by 2022I think Beijing is gonna be looking a hell of a lot different. Its clear the city has plans to push its present-day urban culture further and further outside the city (lets say outside the Third Ring Road at least) and replace it with something shiny and staletheir idea of "culture-fying the city." What that means for the music scene is likely more mid-sized venues in placid mall outlets, and more regulation and paperwork. Whether or not this tension creates a need for more DIY venues and collectives in or outside the city remains to be seen, but Beijing has always been a strange beast. Often it feels like so much yet so little changes.

Whats in store for Live Beijing Music onceyou leave the capital?
While I'mcertain that I need to leave Live Beijing Music behind, I also realize I cant quite give up on it. So yes, as I leave Beijing, I must shed the skin of what LBM was, and is. And hopefully, after some pondering and sitting on my ass, I'll figure out how to move forward with what I have learned and put that towardsbuilding something new.

Finally, any advice or words of wisdom for peoplelooking to follow in your footsteps?
I think one of the key reasons I started LBM was to connect with the community and give back to it in one way or another. Its too easy to go through life as a tourist, and even if you dont plan on being in one place for too long, theres something enriching about digging under the surface of what makes a city, community, or scene click and then jumping head-first into it. So yeah dig in!

Say farewell to Griffith at one of the four events that he's putting together this week, whether it's at Temple on Thursday or DDC on Friday or on Saturday afternoonor evening.