Kids are not for everyone. Yet, many default to expecting people to start procreating once they settle down, even insisting that those who claim not to want children will surely someday change their minds. Especially women.

But there are plenty of valid reasons for living child-free. And if a person doesn't want to commit to spending around 18 years of their life caring for another human being whose well-being depends entirely on them, maybe we shouldn't force them into it? Regardless of whether or not they belong to the heteronormative part of society.

Drawing attention to the problem, Redditor AGstudios22 asked other platform users who don't plan on having kids what made them come to that conclusion, and we thought that reading through the answers can provide you with quite a few interesting insights, regardless of your own position. 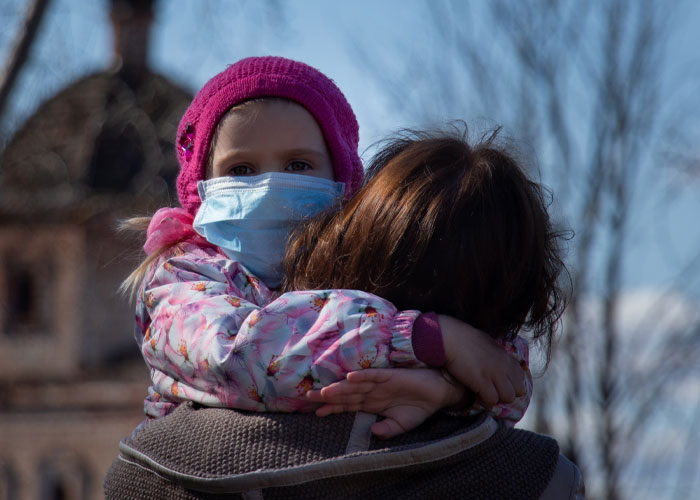 Selfishness. I like the freedom of being able to wake up or go wherever i want without worrying “whos gonna watch my kids” or “my kids are awake so i have to be awake” so i guess I value my personal freedom more then anything a child could provide me 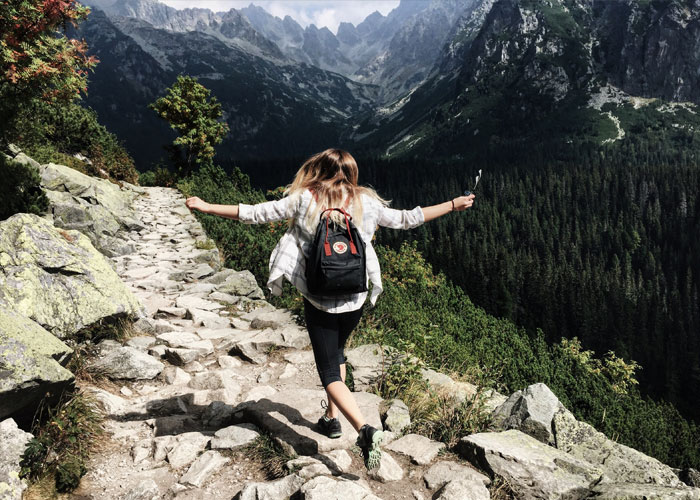 The fact that nothing really makes me WANT to have them. I feel like you should have an overwhelming desire to become a parent - I don’t, so why would I have a kid? 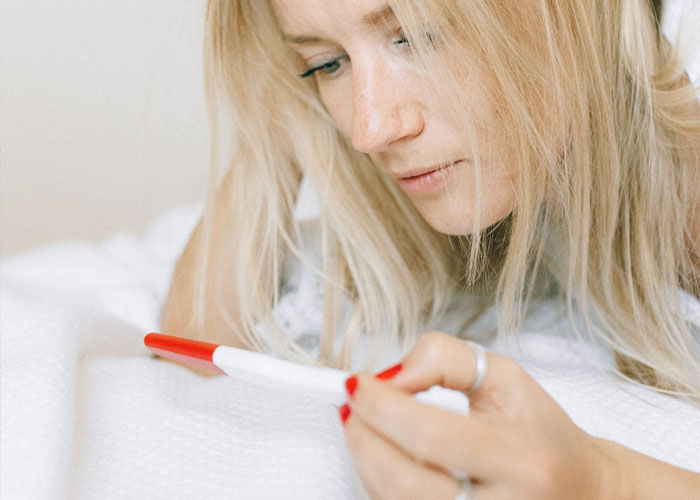 I've been dealing with a mentally disabled older brother for nearly all my life. He's 32 yrs old, but acts like a 7 yr old nearly ALL the time. I love him to death, but after so long of dealing with him growing up (I'm 22), I just do not have the patience to handle something like that again.

VanessaClarkLove replied: This is my big one. I feel terrible for this, but the fear of having a child that isn’t going to grow into a fully independent person with no limitations stopped me dead. If there was a guarantee they would be of average mental capability, I might reconsider. 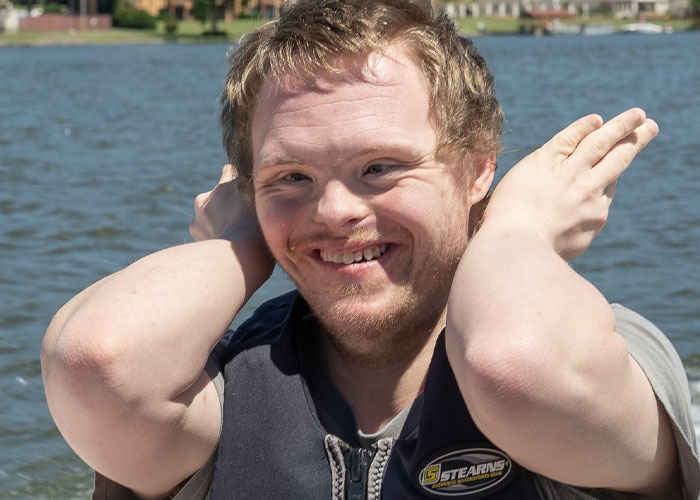 Not wanting to pass on genetic chronic pain/mental illness. Also kids = no money 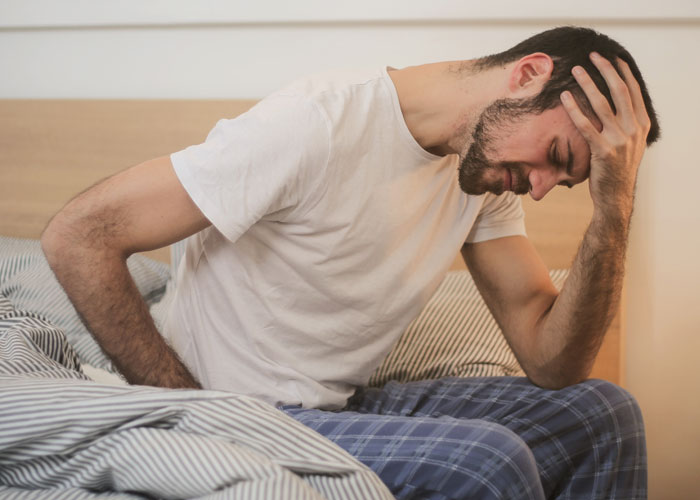 I can barely take care of myself sometimes it feels like, can’t possibly take on another human. More selfishly there’s still a lot of things I want to do that I couldn’t if I had a kid. Lastly, just a pessimistic view of the world and the desire to not want to bring new life into that. 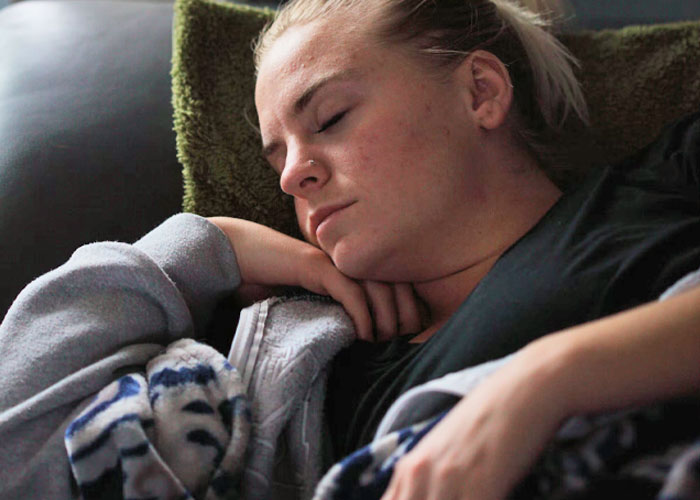 Those kids who have parents that are perfectly normal but still somehow act like mini serial killers. 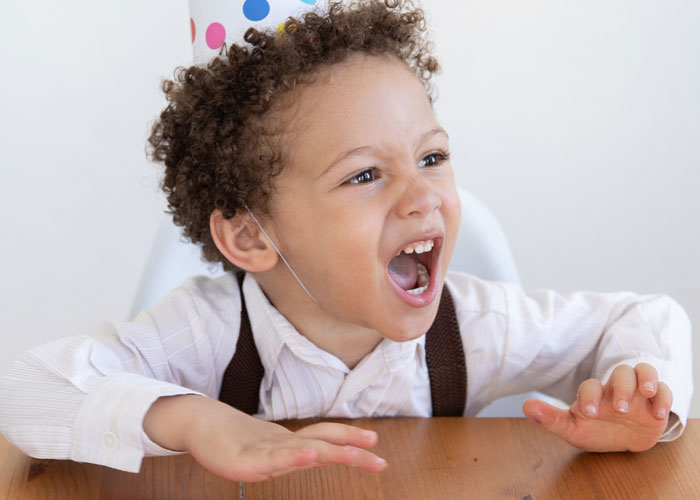 Well the total lack of wishing to have a child. Zero desire. Just like I have no desire to have a pet rhino or become a lawyer. 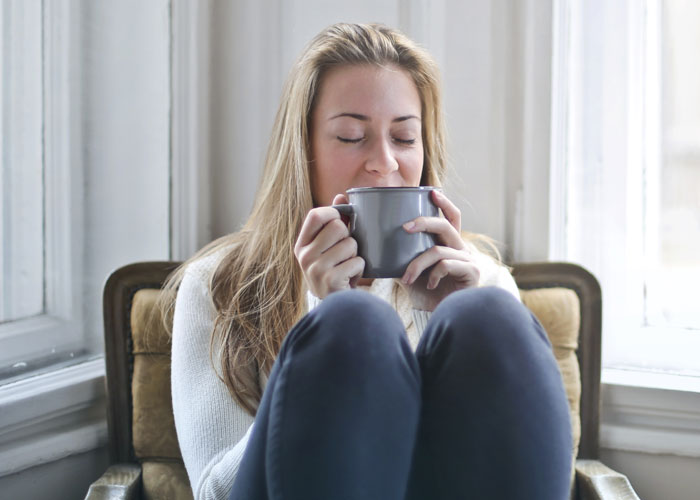 my mental health and financial situation. i wouldn’t want to raise a kid the same way i was raised. 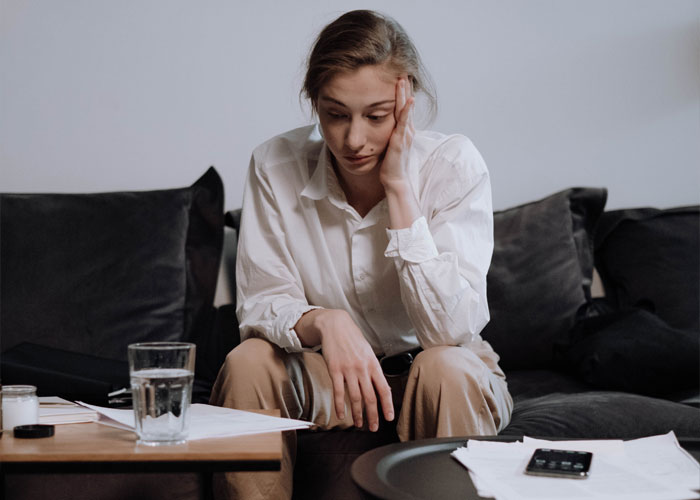 I've just never wanted any. I never played with baby dolls as a child, I never thought twice about babysitting as a teen, and I was always uncomfortable whenever people said "*when* you have kids" (as opposed to "*if*").

I never found babies cute, I can't imagine spending 24/7 with a little human, and most of all the idea of being responsible for this little creature's happiness and growth, and making sure they become a decent, functioning human being, is *incredibly* intimidating. 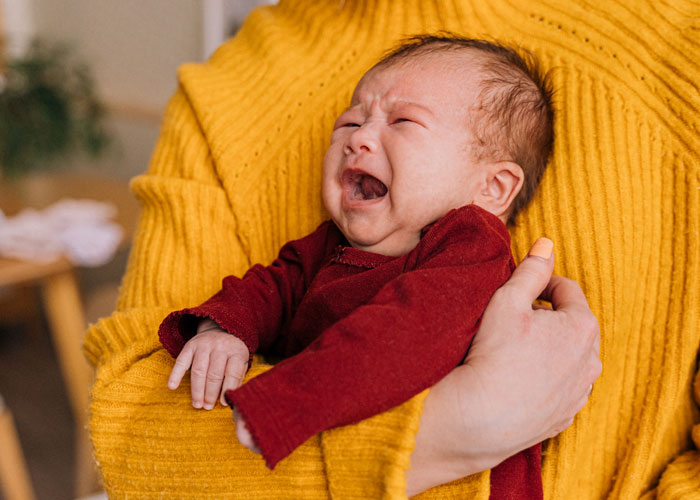 I’ve been clinically depressed for almost a decade. Post partum depression is one of the things that terrifies me about the prospect of having kids. Also I am in no way mentally stable enough to be a parent. 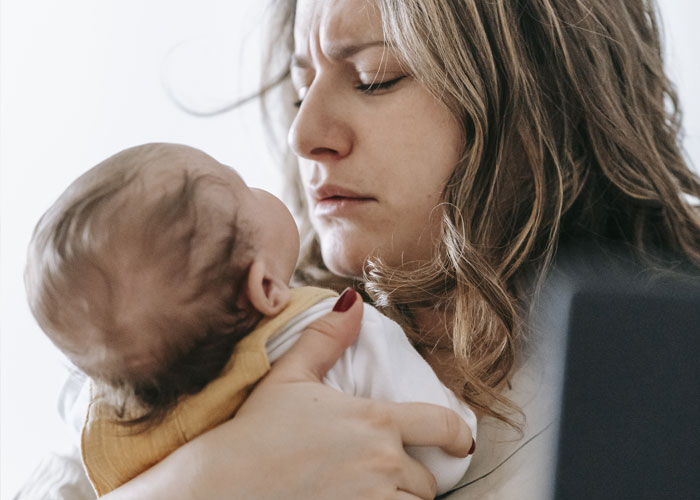 After rent, food, and insurance I only come away with 200$ a month profit. Which is usually eaten up by a single doctor visit or necessary car part. And I live with two roommates. 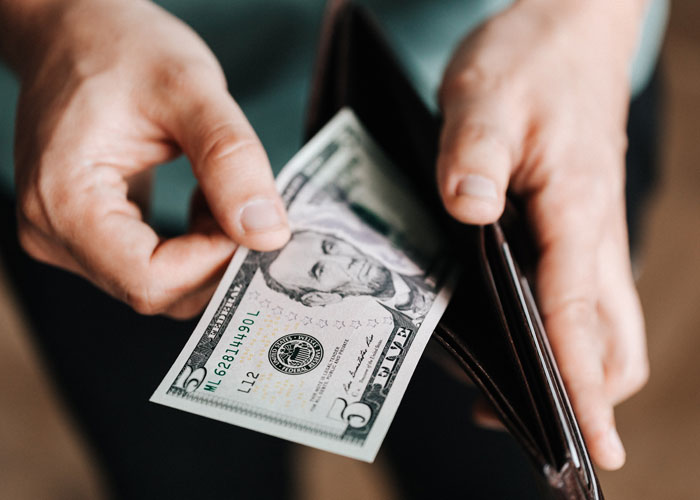 My neighbor has 7 of them. The only form of communication in that house is screaming. The teenage boy just screamed in the middle of my typing this. Kid is absolute s***e at whatever game he's trying to play. My work meetings are constantly interrupted by his whiny cursing/crying sessions. 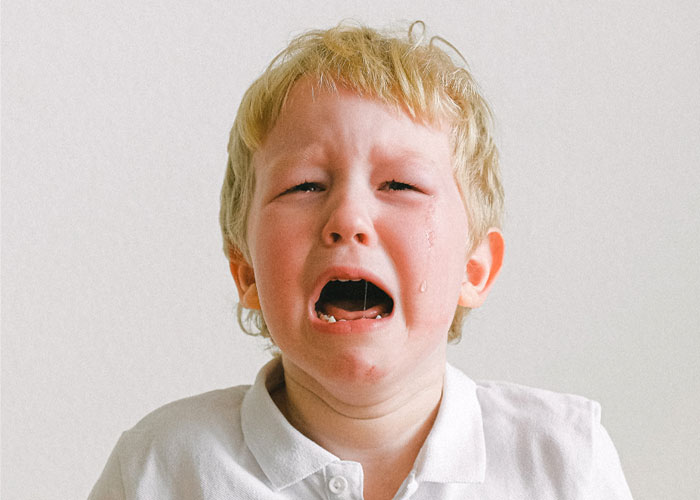 Because all the "best" kid moments to me are not worth losing the ability for my husband and I to spontaneously take off a random Wednesday from our jobs, have some THC, and enjoy the 1200$ Xbox bundle we just got.

Which is what we did today. No ragrets. 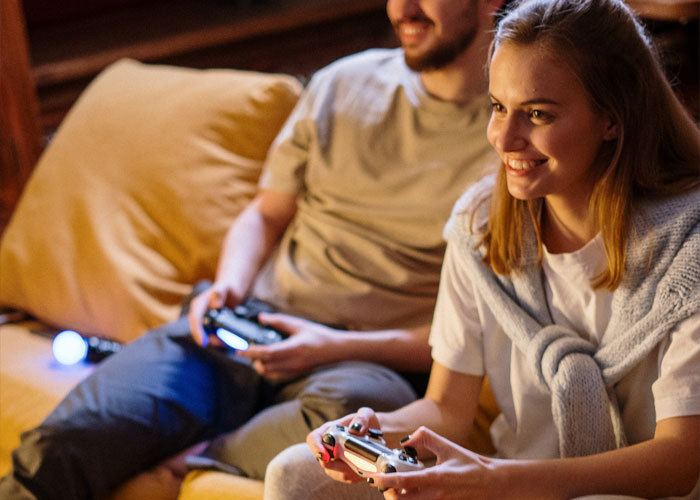 I have tokophobia (extreme fear of pregnancy). 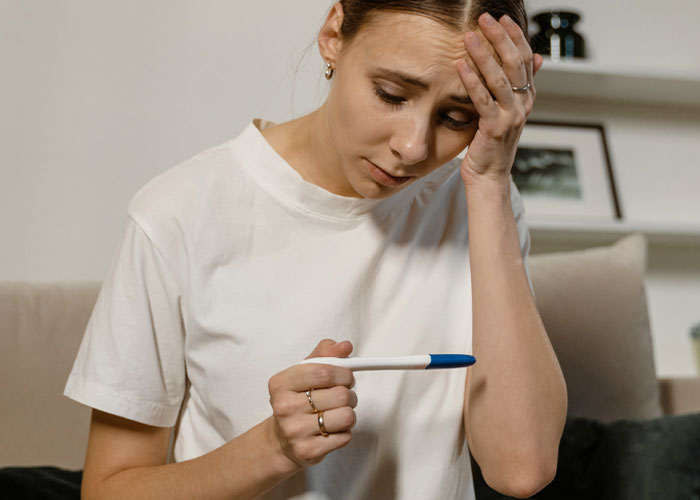 The vast majority of parents I meet complain subtley about having children and how much of a struggle it is, how expensive it is, how they get no sleep, no free time etc.

Then, they usually realise they can't be seen to complain about having children and finish their complaints by saying "But its the best thing I ever did." This part always feels like the least genuine bit and everything before feels like the truth.

Furthermore, one of my best friends has a child and spoke candidly about it, saying "I love him to bits but wish I hadn't have had a kid."

Source: Im a teacher who deals with kids and parents daily. 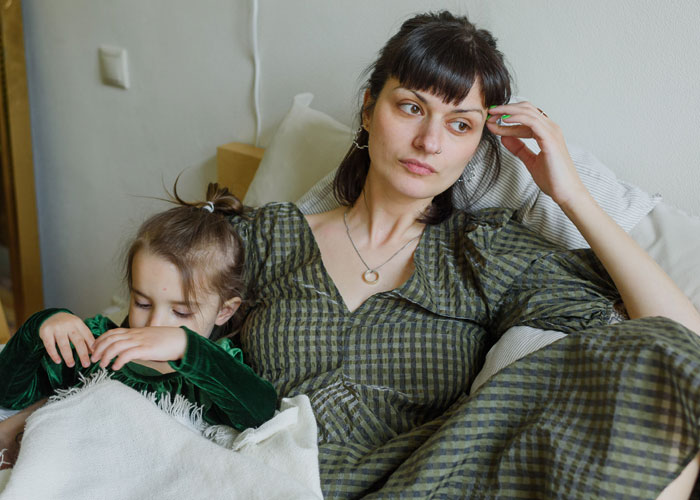 It's irreversible, you can't unhave kids when you've committed to it, so when you have all those doubts and fears you might not be a good parent, it's hard to take the plunge.

Plus I'd have to find someone to have a kid with and make more money for it to be viable but I think they're secondary to actually wanting to go through with it. 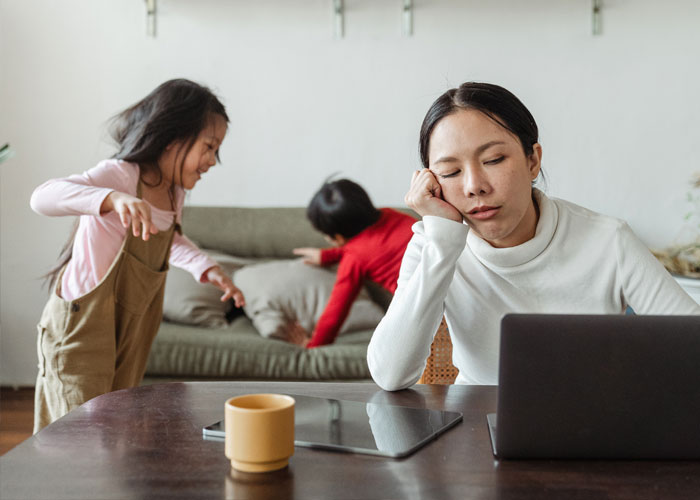 I find them annoying.

Also I have no paternal instinct, don't have the temperament to be a good parent, and I'm poor.

It would be unfair to any child to have me imposed on them as a parent.

I can raise a kid how I think right but there’s only so much you can shield them from the internet and I’m scared of what the future holds with celebrity/influencer brainwashing culture.
I feel like my generation (early 90’s) was the last generation that was largely safe from this.. 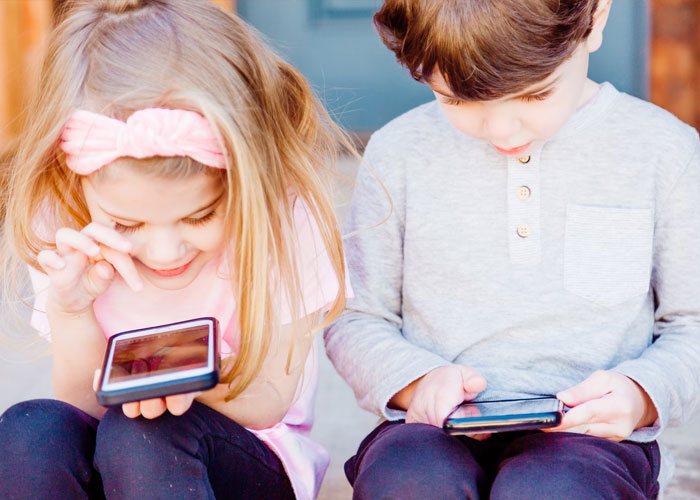 My wife and I have actually had numerous conversations about this. We're both in our 30s, and while not rich by any extent, could certainly afford them.

Our hesitation is broad;

* We both are concerned with where the country and world is going and wonder if it's responsible to bring children into it right now. To say the trajectory is bad is an understatement. I mean take your pick: we have fascism on the rise across the globe, global warming or climate change setting the world on fire year in and year out, and an economic system that seems to be so corrupt it makes the gilded age look tame.
* While we can afford children we know how much of a financial burden it actually is. It's a huge commitment to allocate basically all of your money to just basic necessities and things that when I was growing up weren't needed. I mean I grew up going to public schools and while I imagine we could send our kid or kids there it wouldn't provide them the same quality of education as your basic private school. Not saying it's the end all be all to send your kids to private school but in our area it's almost a must considering how badly the public schools have been defunded.
* The amount of work. We both are working pretty long hours so to add a child on top of that is difficult. I'm sure raising kids is rewarding but I'm also sure it's exhausting so to sign up for that is a bit daunting.
* We're happy with how things are right now. We both love each other very much and lead fulfilling lives so it's not as if we feel an urge to really change that. I'm positive I'd love my child too and the life we'd give them but it's not really as if we feel unfulfilled at the moment. So considering we don't feel an imperative to change anything we're kind of in a state of "do you want them? not really? ok"

Again this is not to say I don't understand why people want to have children. In fact I get why I'd love to raise them, I just don't feel as if ethically or financially it makes a lot of sense and I don't want to volunteer for the radical change to my life that would come from it. 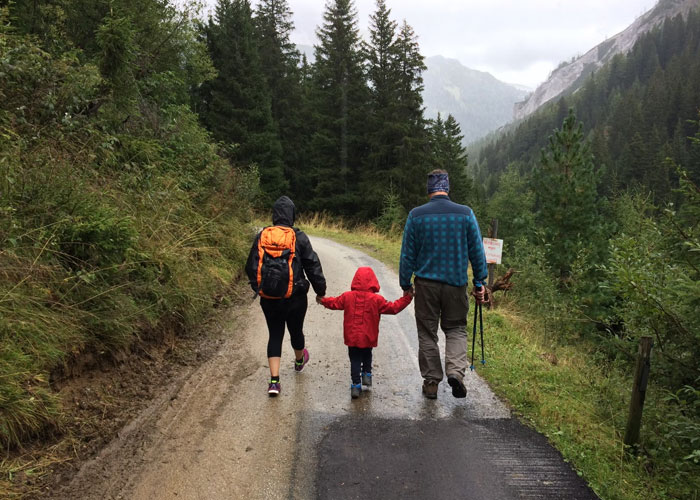 - history of severe life altering mental health issues I would NEVER wish to risk passing on (bi-polar, clinical depression, psychosis etc) my Mother and Grandmother on her side. Somehow I seem to have turned out okay but it meant I had a really difficult upbringing, but I would hate to go through what she does and don't want to risk passing it on.

- Lack of freedom / spontaneity. My fiancé and I are like adult children, we're in our 30's and love to play computer games, go out for random ice cream at 11pm, last minute overseas holidays, go out for meals etc whenever we want, I do not want to give that up. A holiday with a child sounds like a chore to me too. Every outing has to be calculated and organised, a simple trip to the store is now a huge chore and time consuming.

- Loss of self, I don't want to become "Mummy" and nothing else. (Not saying that's what happens to everyone, but I feel some people get lost in their kids and lose all sense of themselves as their world now revolves around their children, which is understandable).

- Cost. I do not want to struggle financially, I absolutely cannot afford children and I think it is selfish to have them when you can't provide for them appropriately. Unlike some childfree people, I don't want to put all my focus into my career, I have an average job, it pays enough, without kids I am able to have a comfortable life but I also LOVE my job and am happy. If I had kids we would have to change careers or get second jobs, which I am not willing to do.

- No experience with kids, I don't know what to do with them our how to talk to them. (Please note, I don't hate kids at all, I just don't want any am and awkward with them) I have zero first cousins, my brother is also child free so no nieces or nephews, I've always been awkward around kids even as a kid, and knew from quite a young age parenthood wasn't for me. I do not feel like I have a maternal instinct at all. I do not get giddy seeing babies, but show me a puppy and i'll be melting!

- Lack of sleep, stress. I want a peaceful and somewhat simple life. I enjoy quiet, I enjoy alone time, I enjoy my sleep. Children to not align with that whatsoever.

- Affect on relationship. Children can ruin relationships, it's not their fault but they do. Lack of intimacy, lack of quality time, financial issues causing problems etc. This is something people can work through, but I don't want to risk putting a strain on my relationship as things are perfect for us as they are.

- Risk of severe disability. I absolutely am not willing to look after a severely disabled child for the rest of my life. I have seen how absolutely broken some of these parents are. I saw 2 people yesterday who were clearly husband and wife in their 70's pushing around what appeared to be their profoundly disabled 40ish year old son. That is not the life I am willing to have, but I also don't want to put myself in a position to have to give a child up for adoption. 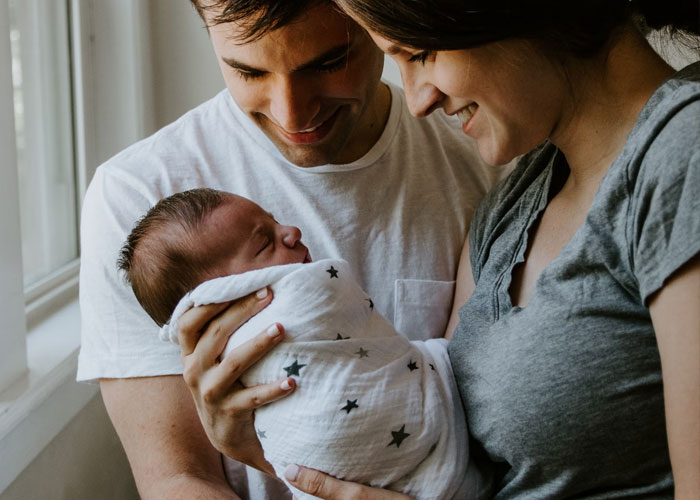 I work for Disney, and what I can say is 50% of parents look miserable. You’re on vacation with your family, and everyone’s miserable the whole time. That worries me. If your kid can’t stop crying in public on vacation, how does that kid react at home? 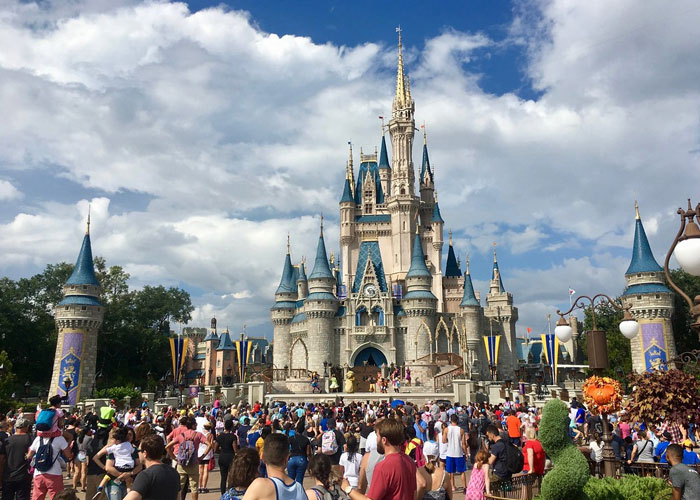