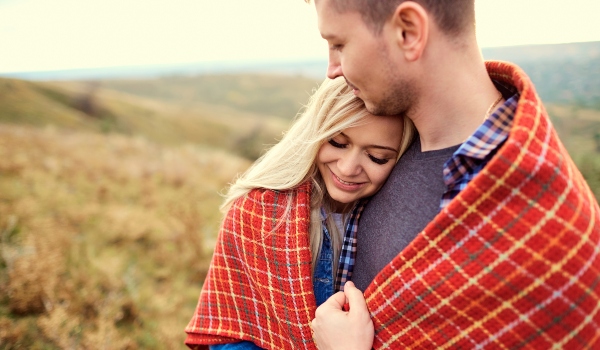 My husband and I celebrated our twenty-second wedding anniversary yesterday. And as many beautiful memories as we’ve made, sometimes I still want those Romeo and Juliet moments back.

The sad thing is, I know in my heart that my husband wants that pre-marriage spark back too.

And maybe your marriage is facing the same dilemma.

After all, one of the most unfortunate aspects of marriage is that we see our partners every day, but we tend to “look” at each other less than we did in the throes of new love.

And what do our eyes spend time looking at instead?

They look at work projects and bills. They focus on our children’s homework or our “to do” lists. They study the walls that need painting or the latest deals on Amazon.

So, how do we fix the situation?

We take the initiative.

We find ways to reconnect and breathe new life back into our relationships with our husbands.

And how we draw our Romeos back to us is not a feat of epic proportions. Instead, it’s doing a few simple things that reignite those “first love” feelings.

Here are some of the ways you can work towards this goal.

Let him wear his cape

According to relationship expert James Bauer, understanding the “hero instinct” is the key to making a man fall (and stay) in love with you.

Bauer describes the hero instinct as stemming from both evolutionary biology and the typical upbringing of boys. In its simplest terms, the fundamental principle of the hero instinct is the idea that men need to feel needed and desired more than anything.

Hack Spirit elaborates on these needs, citing the following examples:

And the sad truth is that as much as our husbands do for us and as proud of them as we are, we don’t often express how much we value their presence in our lives.

So here are some things Hernorm says you can do to use the hero instinct and let the most important man in your life know he’s special.

Ask your man to help you with something.

And then, praise him. Tell him you appreciate his advice, his role as handyman, or how hard he works to make your life easier.

He’ll be smiling from ear to ear because he knows he helped his “damsel in distress.”

Show him acts of appreciation.

Chances are if you’re in a happy marriage, your man does a ton of things for you that often go unnoticed.

The reason for this is that many times in long-term relationships, we begin to see our partner’s acts of service as expectations, not kindnesses.

So start showing gratefulness when your husband offers to stop watching his television series so you can watch yours. Cook his favorite meal when he’s spent the last three hours working on your car. Tell him there’s nothing better than his steaks on the grill.

Let him know he’s valued, and he’ll be desperate for more of that “feel good” sensation.

Brag on him in front of colleagues or buddies.

My husband calls me beautiful in front of his friends, and it’s the ultimate compliment. In a group of people who think, “What’s so special about her?” he tells them exactly how special he thinks I am.

The result of his actions?

It feels like pure sunshine raining down on me.

And your husband needs that same feeling.

So praise his talents and applaud his virtues in front of the people whose opinions mean the most. He’ll love the way you make his buddies take notice, and he’ll love you more for saying wonderful things about him so openly.

Set up your laboratory and do some experimentation

Marriage in a solid relationship has some definite advantages. One of the best benefits is that you can “let it all hang out” because you know your husband loves you.

For example, you can wear the holey sweats and boxy sweatshirt when you and he run to the supermarket together. After work, you can come home and put on the plaid pajama pants and paint-stained t-shirt that feels soft and comfy. You can go barefaced and even leave the bathroom door open when you have to pee.

It’s like living with your best friend — no pretense and no pressure to be someone you’re not.

But marriage is about more than being best friends.

And even if decades have passed since you first felt that special chemistry with your mate, you need to channel your inner scientist and figure out a way to bring that spark back.

After all, this is the man you want to want you — forever.

So give him something new to look at.

Wear red lipstick when the two of you go out together. Wing your eyeliner. Put on a smoky eye instead of your everyday nude and natural look.

Or, when you’re staying in, wear a dark, sexy fragrance that’s different than the floral scent you wear on the job. Go ahead and wear your ugly pj’s, but throw on some tinted moisturizer, a little mascara, and some clear lip gloss or tinted lip balm. (As a matter of fact, Perricone MD has a special line of “No-Makeup Makeup” designed precisely for this look.)

Robert Greene, author of The Art of Seduction, explains the allure of shaking things up in the looks department, using the legendary Cleopatra as an example. He states:

“Her seductive power, however, did not lie in her looks […]. In reality, Cleopatra was physically unexceptional and had no political power, yet both Caesar and Antony, brave and clever men, saw none of this. What they saw was a woman who constantly transformed herself before their eyes, a one-woman spectacle. Her dress and makeup changed from day to day, but always gave her a heightened, goddess-like appearance.”

Now at first, your partner may be confused to see these changes. There’s even a possibility he won’t even like “the look.” But what he will like is wondering “why” you’re doing these things.

The extra effort you put into making these changes will make him feel special. He’ll think the reason you’re doing these things is that you want to show your attraction to him. And this will make him feel more attracted to you because it reminds him he’s still “got it.”

Make the “same-old, same-old” work in your favor

I’m in love with my bathtub.

From the minute I get home, I can’t stop thinking about the “high” I’ll get when I set foot in that steaming body of water. I imagine the smell of the scented body wash, how the Epsom salts I pour in relax my tired muscles, and how my clean, wet hair makes me feel like a new person.

It’s a ritual I’m addicted to and one that, if missed, leaves me tense and on edge.

And your marriage can get the same kind of emotional lift by creating relationship rituals that deepen your intimacy with your partner.

The point is that when couples come together at a specific time in the day to do something pleasurable together, it becomes a point of anticipation. And creating these “feel good” relationship rituals can be extremely simple. Here are a few examples of rituals you and your partner can engage in:

There are so many easy ways you can incorporate these rituals regularly to reconnect and bring humor, romance, and new life into your relationship. In addition, rituals such as those above will make home a more exciting place to be and make your partner more eager to spend time with you.

“To find someone who will love you for no reason, and to shower that person with reasons, that is the ultimate happiness.”

You’ve found your soulmate, and he fell in love with you “for no reason.” It was chemistry. It was magic. It was that simple feeling that somebody finally “got him” and loved him for who he was.

And he loves you still for those same reasons.

So give him the recognition and excitement he craves.

And let’s be honest. Deep inside, it’s the excitement you crave too.

So create your own, more mature version of Romeo and Juliet, and you’ll see that real life is better than Shakespeare could ever have written.

I wish you love, success, and the partnership you really deserve.

(Note: I have no affiliation with Perricone, MD. My recommendations are solely from my own experience.)

You may also like these posts on The Good Men Project:

The post 3 Things To Make Your Husband Look at You ‘That Way’ Again appeared first on The Good Men Project.