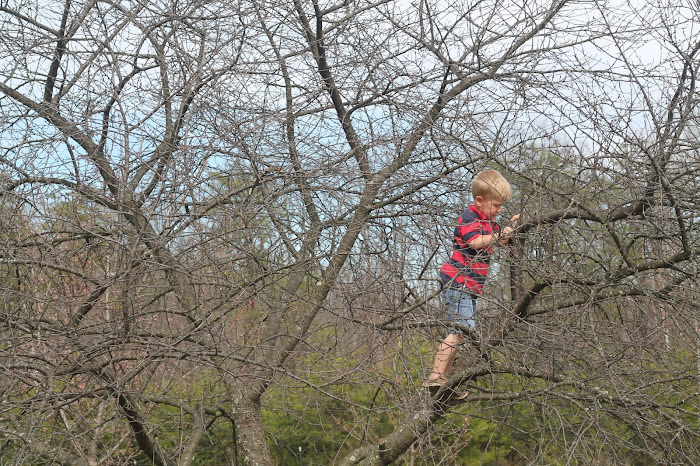 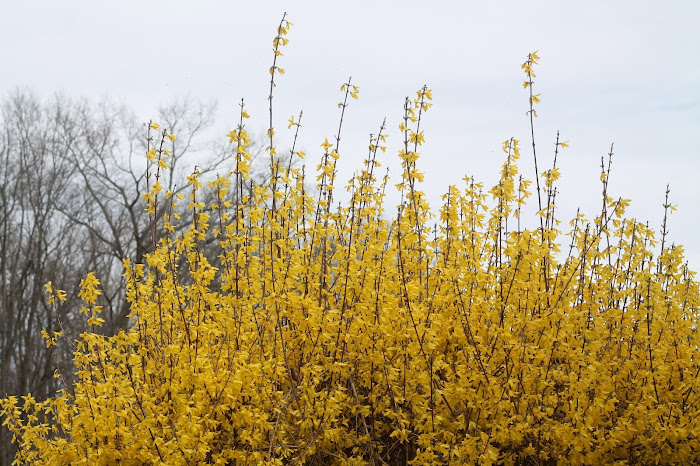 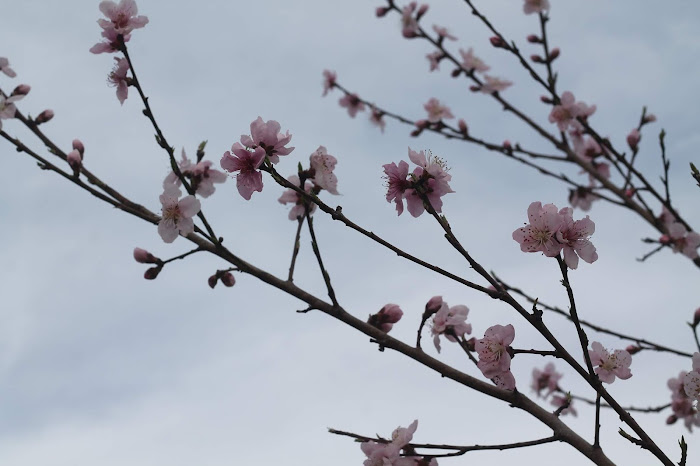 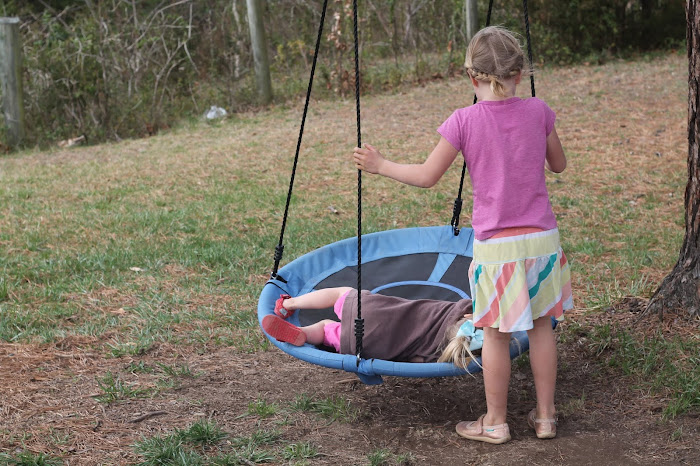 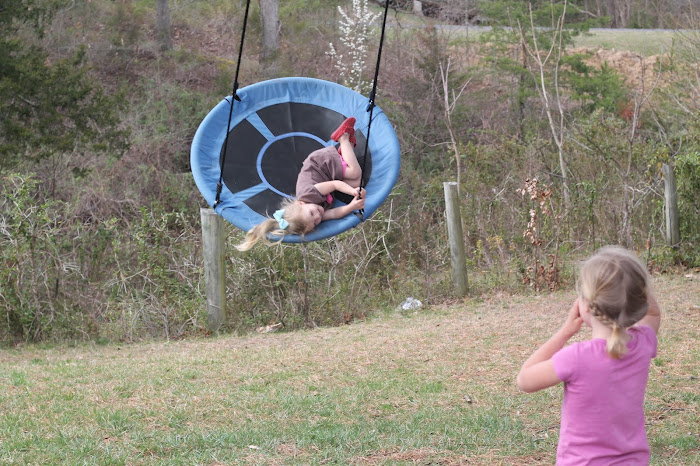 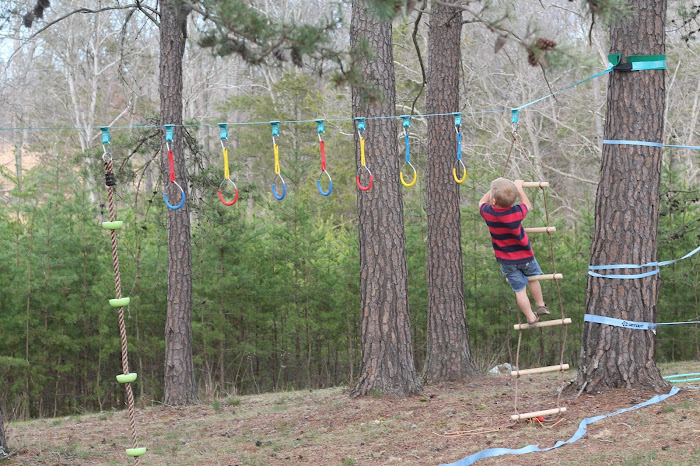 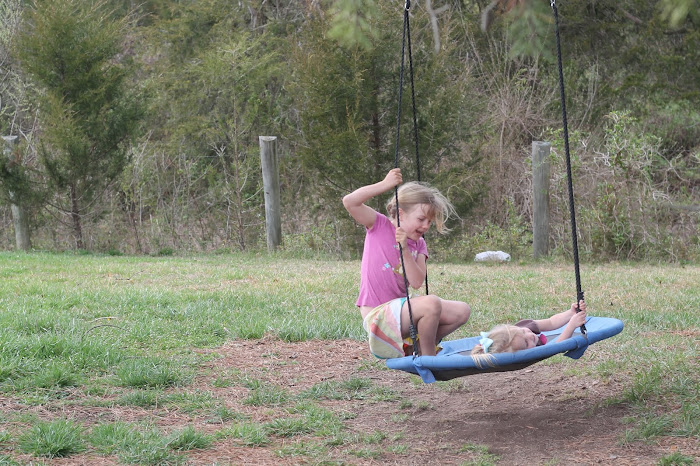 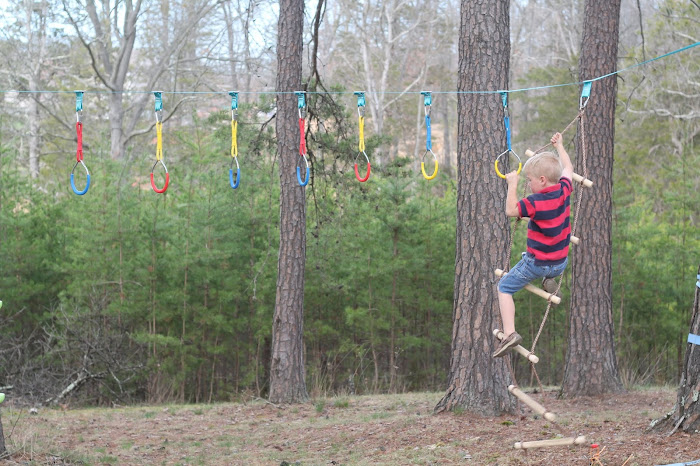 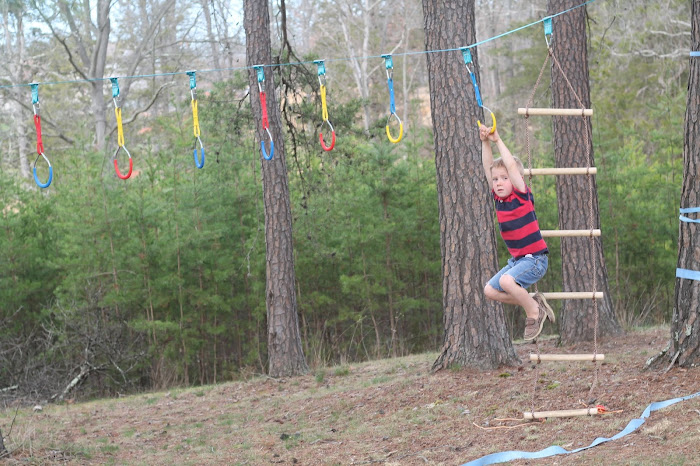 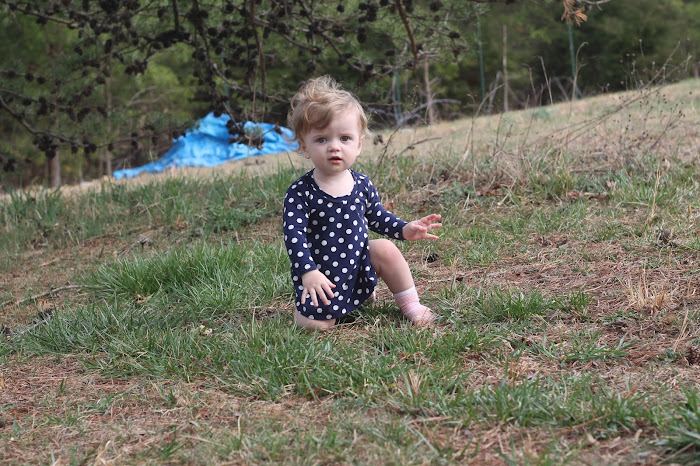 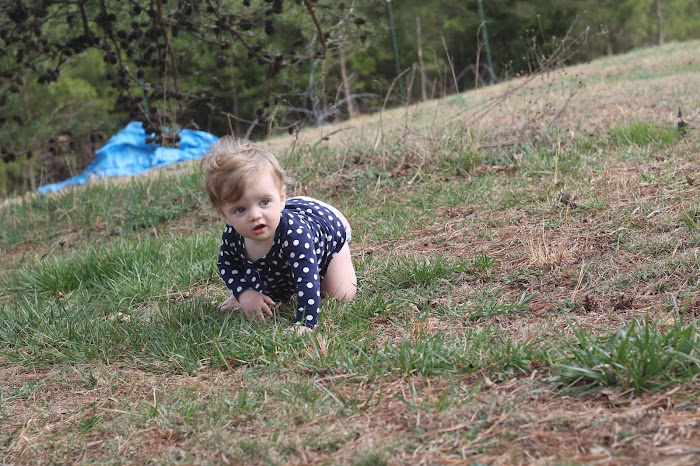 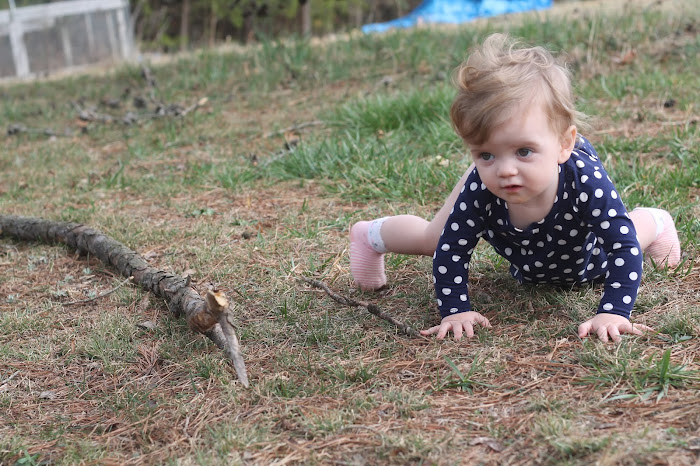 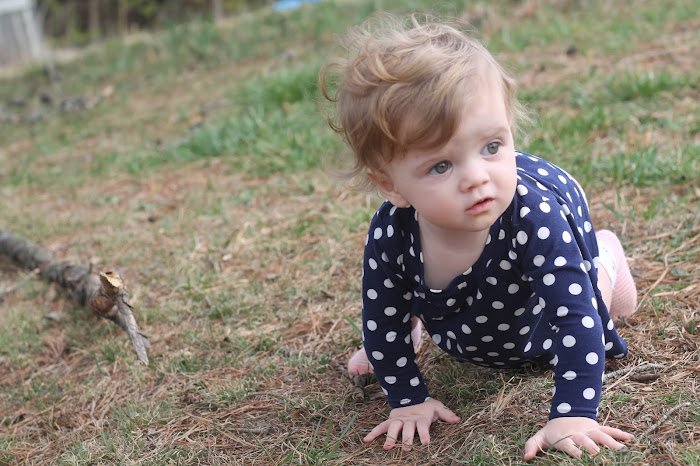 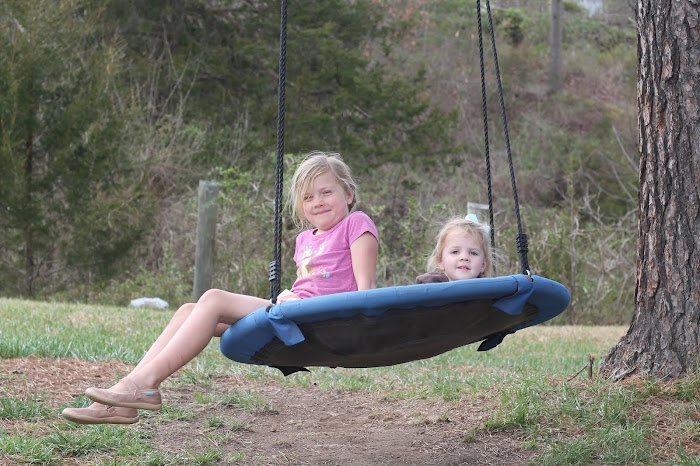 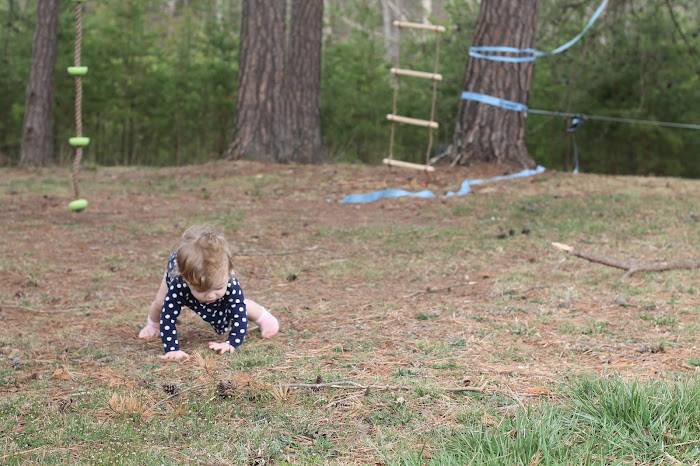 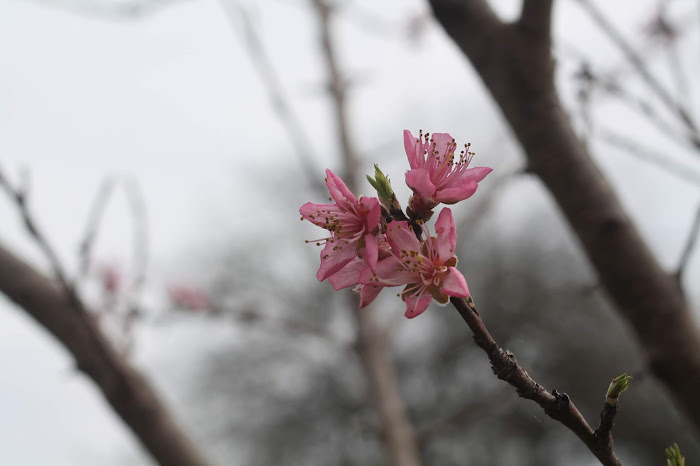 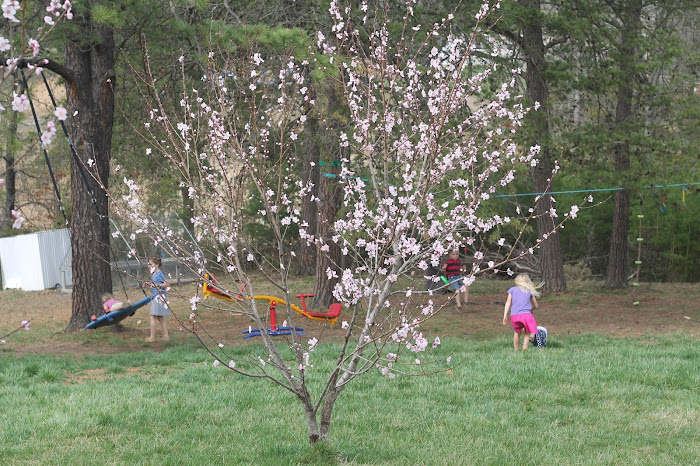 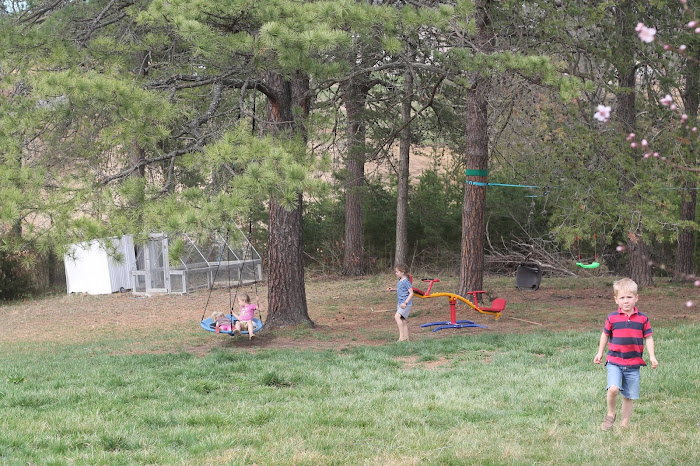 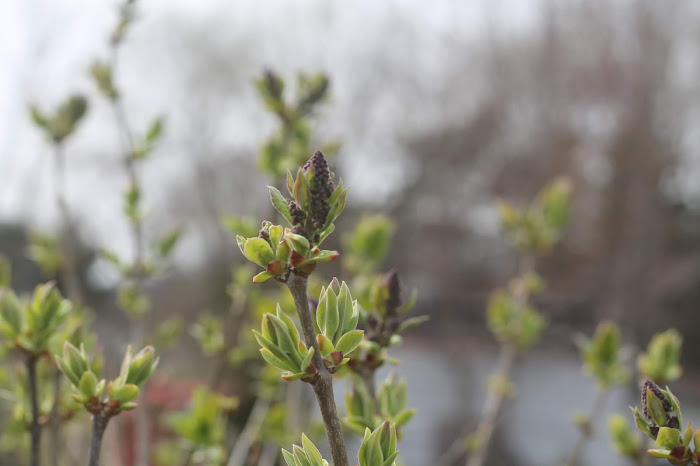 Over the past year+ we've been working on transforming a stand of pine trees down the hill from the house into a playground area for the kids - not with a traditional swing set, but with things that are a little less expensive than a fancy new play set, and much easier to set up. It's been amazing to see how creative the kids are given limited materials, but sometimes watching them rig up random ropes as swings gets a little sad, so for Christmas we gave them a big web swing, and they got a ninja line from Andrew's mom. Now we've got a slack line, ninja line, web swing, and the teeter-go-round down there. We've talked about moving the climbing dome, but it's nice to have near the house and doesn't leave giant crop circles in the grass like the teeter-go-round, so it stays!

It's SO fun, because it's far enough down the hill from the house that they only come back inside if they REALLY need to, and I can hear them easily if there's a serious problem. Plus I can see the straps of the big swing from the kitchen window, even though I can't actually see the kids. They've been creating all sorts of games involving the ninja line (which none of them has mastered, but they don't mind) and the web swing, and nobody can balance all the way across on the slack line yet but they DO hang on to the training line and then bounce each other off... Not exactly how it's supposed to be used, but they're having fun and mostly nobody gets hurt!

Lucy loves being down there with them, sometimes being held very tightly while they take turns swinging her, often just crawling around and exploring all the sticks and pine cones and pine needles. We've had so many warm days that half the time she isn't wearing pants and insists on bear crawling all over so that her knees don't get anything stuck to them... It's adorable!

The nectarine trees are blooming gloriously, and I'm hoping we actually get a harvest this year - will electric netting keep the bear away? I guess we'll see... The peach trees are up next, and the plum trees should bloom pretty soon too. The lilacs have tons of buds and I can't wait for them to be ready! I wish we weren't stuck at home like everybody else right now, but I can't complain about the scenery, that's for sure.

If you need links for ideas (affiliate links):

Slack line
Ninja line (exact one is gone, this is similar and this is the swing that's on it)
Web swing (and straps for hanging on the tree)
Disc swings we have on other trees (and straps) (this, in my opinion, is the most bang for your buck if you have trees they would work on!)
Teeter-go-round
Climbing dome
Share Share on Facebook Tweet Tweet on Twitter Pin it Pin on Pinterest
← Back to News